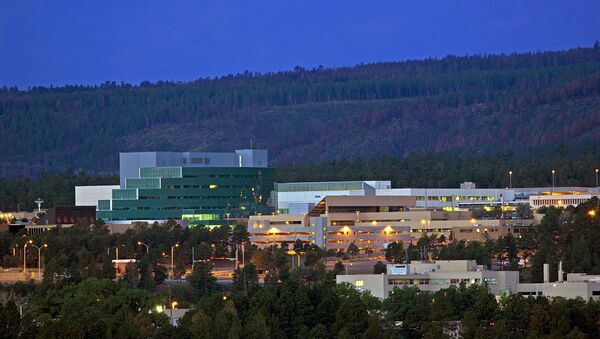 A US nuclear weapons lab tasked with producing an important element to the country’s store of nuclear weapons is under intensifying scrutiny for glaring safety issues that have gone unaddressed.

The Los Alamos National Laboratory in New Mexico, where the atomic bomb was created, became the focus of international attention once more after an investigative series published by the Center for Public Integrity cited numerous internal reports detailing the concerns of federal regulators around serious safety lapses at the facility.

Los Alamos sent around an internal memo refuting the criticism and assuring employees that the facility the lab uses to make plutonium cores, which are used to trigger nuclear bombs, are indeed safe.

"As employees, you should be proud of your laboratory’s accomplishments over the past decade to strengthen our ability to operate safely and securely," read the memo, which was obtained by the Associated Press.

"While there will often be external organizations and individuals which advance a misleading narrative, it is not an accurate reflection of our work," it continued, adding that safety and operations programs implemented at the plutonium facility have successfully undergone more than a dozen independent external reviews, and that after being forced to shut in 2013 for fear that continued safety violations could lead to a serious crisis, the facility is close to becoming operational again.

As the US’ nuclear research labs continue to age, federal officials struggle with safety issues that have been mounting for decades. The Hanford Nuclear Reservation in Washington state has serious problems as well, and US Energy Department officials say that if millions of gallons of toxic waste aren’t cleaned up, and if the reservation doesn’t receive adequate funding, future accidental releases of radiation are very likely.

State lawmakers have taken note of the fresh scrutiny of Los Alamos, with Sen. Martin Heinrich (D-NM) saying, "There have been acknowledged mistakes that this report shines a light on that must be addressed."

Earlier in June a public hearing conducted by an independent oversight panel revealed that many of the safety measures in place at Los Alamos are decades old and have questionable reliability. The concrete structure features fire suppression systems and alarms dating back to the 1970s.

The Center for Public Integrity pointed to specific hazardous incidents in recent years, such as when several tablespoons of liquid that contained plutonium was spilled in June 2016. Technicians reportedly cleaned up the highly toxic spill with organic cheesecloth before placing it with other nuclear materials in a waste bin.

This violated federal regulations which prohibit the use of cheesecloth in cleanup, as fires and chemical reactions can occur when such materials make contact with plutonium.

"The lab seems to spend a lot of energy fighting back against the advice of external experts," Greg Mello, who directs the the Los Alamos Study Group, remarked. "If they only spent as much attention on fixing the problems as they do on fighting back, it would be a big help."