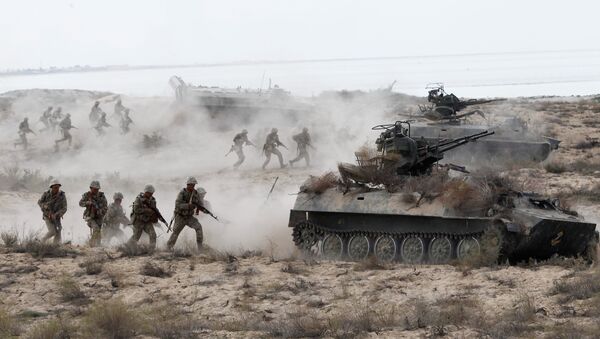 Astana is not negotiating with any political power over sending Kazakh troops to Syria, the country's foreign minister said on Friday.

"Kazakhstan is not negotiating with anyone about sending its service personnel to Syria," the minister told reporters in Astana.

Vladimir Shamanov, a senior Russian lawmaker in charge of defense affairs, later confirmed to Sputnik that Moscow was holding talks with the two Central Asian nations on their possible military deployment to the conflict zone.