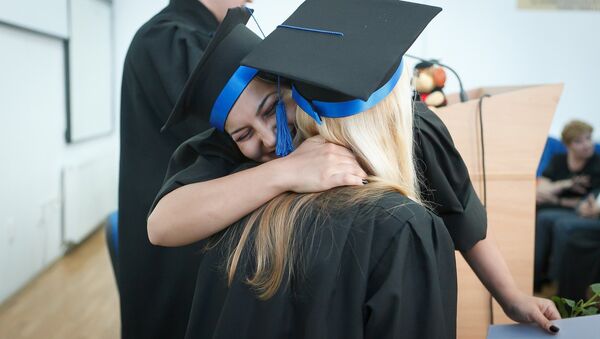 CC0 / Pixabay /
Subscribe
A new report by Eight Advisory has said that Britain must prioritize higher education and the business sector after Brexit in order to retain its competitiveness globally.

Analysis by Eight Advisory, a consulting group, has found that the UK must act pre-emptively to ensure it retains its competitive advantages.

​According to sources, the university education system in the UK is another significant area which helps the country retain significant competitive advantage, with eight of the top 100 universities in the world residing in Britain.

However, if funding is reduced to UK universities this could potentially "undermine product development and innovation and slow down the pipeline of new products, services and companies coming to market," the report's authors have said.

​Alexis Karklins-Marchay, a partner at Eight Advisory and author of the report said that its vitally important that the UK does not send the wrong message to the rest of the world, by cutting university funding and losing its stronghold in education.

"It is imperative that the UK builds on its strengths to send a message to the rest of the world that doing business with the UK will not be disrupted simply because it will no longer part of the EU," Alexis Karklins-Marchay said in a recent interview.

"All legitimate businesses must be made to feel welcome and to trade with the UK. The UK must now live up to and embody its ancient reputation as a great and United Kingdom," he added.

The voice of universities must be heard during #Brexit negotiations — call from university leadershttps://t.co/BA5WB6aMdp pic.twitter.com/jkF0WufcC9

​A recent report by the National Institute of Economic and Social Research (NIESR) and the Chartered Institute of Personnel and Development (CIPD), echoed a similar sentiment, it said that without a new plan for attracting workers, Britain risks a skills shortage and also losing business, as it seeks to end freedom of movement.

"If the government does not provide a user-friendly, flexible and affordable immigration system for EU nationals post Brexit… significant numbers of employers will be forced to relocate or focus future growth outside the UK," said Gerwyn Davies, CIPD labor market adviser.