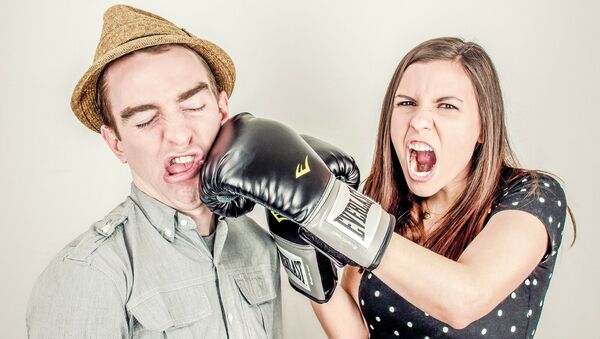 © Photo : Pixabay
Subscribe
A new sociology paper has suggested what many have suspected for a long time: hot weather makes people grouchier and less patient.

The study came by way of Professors Liuba Belkin of Lehigh University in Pennsylvania and Maryam Kouchaki at Northwestern in Illinois. They collected three sets of data, all with the purpose of analyzing mood changes over the seasons.

The first data set came from a Russian retailer of handbags and travel goods, which collected feedback from Muscovite shoppers during two summers: 2010, during a severe heatwave, and 2011, which was an average Russian summer.

The store, which claimed to have kept conditions and employee training the same, reported a 59-percent increase in shoppers being assisted by employees during their visits. The same customers didn't see a marked decline in the stores' cleanliness. In other words, the store found that the employees were significantly less helpful during the heat wave.

Intrigued by this finding, Belkin and Kouchaki organized an online survey. They enlisted 160 Americans and split them into two groups. Both groups were asked a series of questions about attitude and energy, then trivia questions, and then finally were asked to complete an "optional" survey. The main difference was that one group was asked to visualize a moment where they had been very warm while the other group was not.

The "warm memory" group only agreed to do the additional survey 44 percent of the time, while the control group agreed 77 percent of the time. "To our knowledge, this was the first study to establish the connection between ambient temperature and a reduction of prosocial behavior with data," Belkin told Quartz, adding that even the thought of the heat had made the survey-takers feel tired and fatigued, leading to irritability and unsocial attitudes.

The researchers then performed a study on some of Belkin's students. She gave two lectures: one regular, the other before a room that had been heated to 80 degrees Fahrenheit beforehand. The students were then asked to complete a 100-question survey that would be used to help disadvantaged children.

"The point of our study is that ambient temperature affects individual states that shape emotional and behavioral reactions," Belkin told Quartz.

She also suggested that the heat may also be one reason crimes, particularly violent crimes, become more frequent in the summer.

000000
Popular comments
Imagine the hysteria if the actors roles were reversed in the title picture. Just sayin
datt
22 June 2017, 03:53 GMT1
000000
I had girlfriends like that. They always had a good reason besides the heat, though. I wish they had been wearing boxing gloves :>)