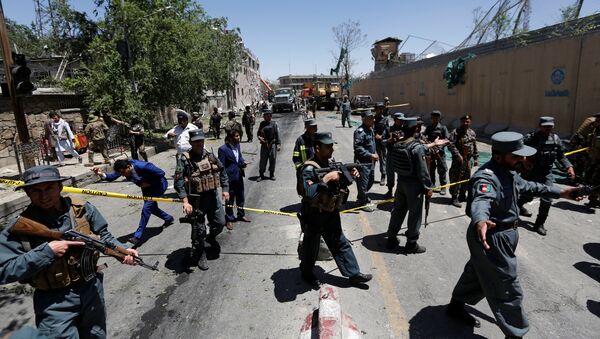 UN Special Representative Tadamichi Yamamoto told the Security Council on Wednesday that enhanced efforts by the Afghan national unity government needed to boost security in the country ahead of elections.

UNITED NATIONS (Sputnik) — The national unity government of Afghanistan is being encouraged to increase political inclusiveness ahead of upcoming elections as recent terrorist attacks indicate a tense period ahead, Yamamoto said.

"Without enhanced efforts by the national unity government to increase political inclusiveness, strengthen accountability, and improve the government's credibility, particularly in the security sector, we are likely to face more crises in an increasingly fragile environment," Yamamoto said, as quoted in a UN press release.

Yamamoto noted that Afghanistan’s Independent Elections Commission could announce a date for parliamentary elections later this week, which could help ease tensions.

Afghan Security Forces Killed 20, Injured 12 Daesh Militants in Past Two Days
The special representative urged the people of Afghanistan to begin an internal dialogue on reconciliation and called on the government and Taliban to engage directly in negotiations on a political solution to the nation’s civil war.

Yamamoto’s assessment followed a May 31 suicide attack in Kabul’s diplomatic zone, which killed at least 90 people and injured 400. Although the Taliban denied responsibility, Afghan officials suspect a Pakistani group allied with the Taliban to have carried out the attack.

The United States is considering adding several thousand additional troops to more than 8,000 US and coalition soldiers who are in Afghanistan to train the nation’s security forces.

US officials have repeatedly described the 16-year war against the Taliban as a stalemate and demanded more troops to be deployed in the country.