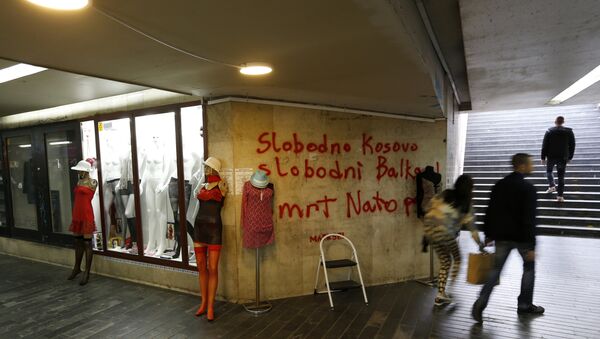 A recent survey revealed that the overwhelming majority of students at the University of Belgrade (88%) oppose Serbia's accession to NATO, while nearly 40 percent said that they would not vote for Serbia's membership in the EU. Sputnik Serbia discussed the results and the reasons behind such voting with retired professors from the university.

On Tuesday, the Center for International Public Policy, a Serbian think-tank, revealed the results of a recent survey it conducted of the students of the University of Belgrade.

The Center surveyed 1,323 students from 38 faculties on Serbia's accession to NATO and the EU and on the country's foreign policy. 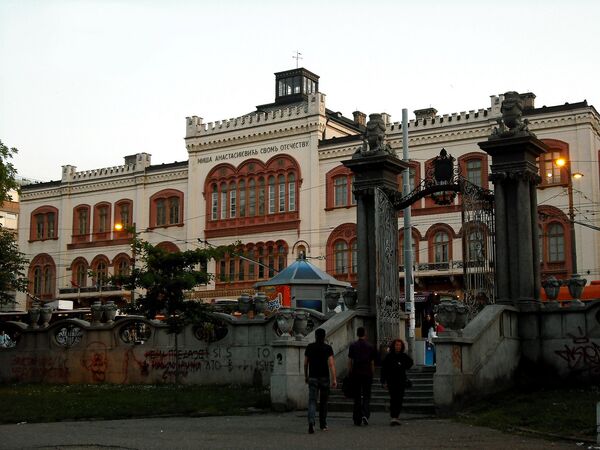 An overwhelming majority, 88 percent, believe their home country should not join NATO.

Nearly 40 percent (39.7) said they would not vote for Serbia's membership in the EU, while 28.9 percent would vote in favor of the EU membership. Others either did not have any stance on the issue (22.4 percent) or said that they would not turn out for such a vote (a little over eight percent).

Meanwhile, 50 percent believe the country won't be accepted into the bloc. 24 percent think this will happen, while 26 percent have no established opinion on this.

US Circles Russia With Military Base Network While Insisting on 'Russian Threat'
A little under 50 percent of those surveyed think the main obstacle to Serbia becoming an EU member is the question of the status of Kosovo and Metohija.

Sputnik Serbia discussed the results of the poll with Kosta Cavoski, a legal scholar and retired professor from the University of Belgrade, who explained that it dates back to the 1999 NATO bombings of Yugoslavia, which violated international law.

It would have been strange to hope for something good from the Alliance, and the accession to such a bloc would have looked "ridiculous and humiliating," he said.

Srbijanka Turajlic, a retired professor from the University of Belgrade who had specialized in electrical engineering, also suggested that such negative attitudes towards NATO could be explained by the period of aggression of the Alliance, which students might not remember themselves, but might certainly know through reports, narration and personal accounts of the witnesses.

Serbia to Sue NATO Over Damage Caused by 1999 Bombing of Yugoslavia
On the other hand, she said, it is typical for young people to be against any military alliances. Besides, in Serbia, there were no serious discussions on the positive and negative consequences of the country's accession to NATO. The answers are therefore guided by emotions and not by any rational arguments.

The results on the EU membership, she said, can also be explained by the students themselves being uninformed.

"The same very students would respond positively to a question of whether they want to leave Serbia for the European Union, which they don't want to join, or to the US. It means that there is no adequate dialogue on the future of Serbia in the country," Srbijanka Turajlic told Sputnik.

Kosta Cavoski however does not agree to this. He thinks that the reason for such a disappointment of students in their home country is clear acknowledgment that Serbia won't be admitted to the EU, as Brussels have every intention to admit the self-proclaimed state of Kosovan Albanians.

Montenegro Pays the Price for NATO Entry by Spoiling Ties With Russia, Serbia
"As this so-called state won't be ready for access to the EU for at least a decade, it is only too clear that Serbia won't be admitted either. Besides, Serbia's accession implies that it should recognize the existence of an independent state and UN members on its territory," he said.

Kosta Cavoski called these  "irreconcilable and humiliating conditions" and said  that students are well aware of it, thus they are against Serbia's accession into the EU. Moreover, nobody has ever reported on the improvement of a situation in a country after its Euro-integration.

Both professors also commented on the intensified pro-European narrative in the Serbian media. Professor Turajlic called it a formality and noted that the Serbian media more reports on how the EU "tortures Serbia and lays down new conditions for it."

Professor Cavoski, however, said that there is more pro-EU propaganda from Brussels.

"This propaganda is working, however, you can't always deceive people. The students are the first to start doubting whether they are being deceived. They think independently and they don't have any obligations to stick to," he concluded.