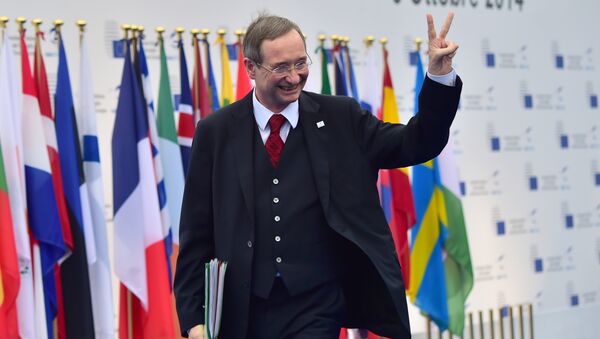 The economy should not be utilized as a political weapon, but instead as a tool to help bolster cooperation between nations, Austrian Federal Economic Chamber President Christoph Leitl said Wednesday.

VIENNA (Sputnik) — Last week, German Foreign Minister Sigmar Gabriel and Austrian Chancellor Christian Kern condemned the US Senate's newly-proposed restrictive measures against Russia, saying that the use of political sanctions should not be linked to the economy. The two men also stressed that the new sanctions will negatively affect the United States' ties with the European Union.

“When politics is not able to find a solution, economy is used as a weapon. But the economy should alleviate tension instead of creating it,” Leitl said at the Russian-Austrian business council as it marked its 10th anniversary.

The president of the Austrian economic chamber expressed his hope that the tensions between Russia and the West will be reduced and noted that people who establish links between nations should be supported at a political level.

'Sanctions Go to Those Areas Where Russia Exceeds and the US is in Trouble'
Kremlin spokesman Dmitry Peskov said that Russia seeks to avoid a "pique of sanctions" in response to the US Senate's newly proposed restrictive measures and called for patience until the measures are codified. The Russian Foreign Ministry said it regrets the sanctions, but stressed that Russian policies will remain unaffected.

On Tuesday, the US Treasury Department Office of Foreign Assets Control (OFAC) announced its own fresh round of sanctions against 38 individuals and entities, including two Russian government officials and entities that operate in Crimea.