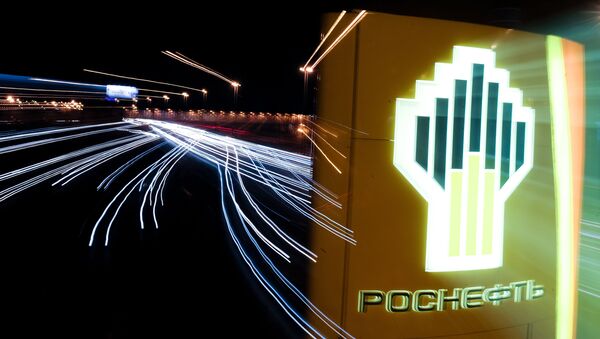 © Sputnik / Grigoriy Sisoev
/
Go to the photo bank
Subscribe
With India on the verge of seeing the world’s biggest oil companies set up fuel stations on its soil, India’s Minister for Petroleum and Natural Gas Dharmendra Pradhan said Russian oil giant Rosneft has planned to tap the retail fuel market in India.

Rosneft and Essar invested $13 billion in the Indian market in the last fiscal. “This was one of the biggest deals in the oil industry in the world,” Pradhan added. Rosneft is likely to enter the Indian retail market with 2,000 retail outlets owned by Essar.

The entry of a company like Rosneft will change the purchasing behavior and dynamics of India's retail sector, according to energy expert Narendra Taneja.

"Consumers will gain the most of these developments as new companies will bring new practices with highly efficient products into the retail sector," said Taneja.

Daily changes in prices will also provide a good deal to Rosneft as well as India’s pricing formula gives higher profit to retailers. India, one of the world’s fastest growing economies, consumes four million barrels a day in oil products and, according to an estimate by the International Energy Agency, oil consumption is expected to reach 10 million barrels per day by 2040. Last year, Indians purchased more than 24 million new vehicles. Looking at the current GDP growth rate, increased purchasing power may boost the sale of vehicles in the future.