US Offers Condolences to Victims, Families of Terror Attack at Mali Resort 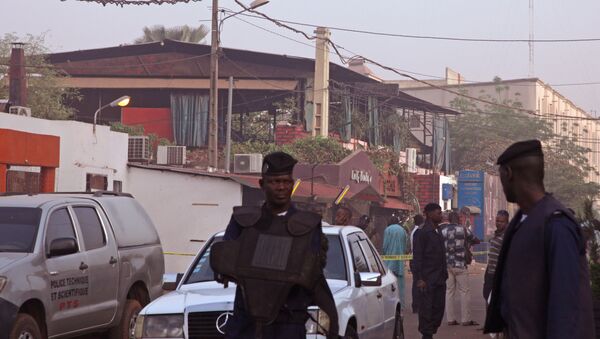 The US Department of State issued a statement on Monday paying condolences to the victims and families of the terrorist attack in Mali.

Africa
Terror Attack in Mali's Resort Area: Casualties, Hostages Reported
WASHINGTON (Sputnik) – The US government has expressed its condolences to the victims and families of the terrorist attack in Hotel Kangaba in Mali, the Department of State announced in a statement.

"The United States expresses its condolences to the victims and their families of the June 18 terrorist attack at Hotel Kangaba ‘Le Campement’ outside Bamako, Mali," the statement said on Monday.

At least two people were killed in the attack at the luxury resort for Western tourists outside the Malian capital Bamako on Sunday.

The United States appreciated the efforts of Malian, French, and United Nations peacekeeping forces in responding to the attack and securing the compound, the statement added.