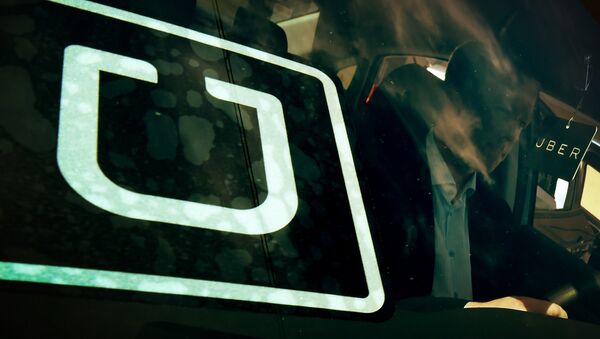 © AFP 2021 / Mark Ralston
Subscribe
An Indian-American woman who was raped by her Uber driver is suing the taxi company in California federal court, claiming that Uber illegally obtained her medical records and misused them in an attempt to discredit her.

The 26-year-old woman, whose name was not revealed to the public, claims that she was "violated physically when she was brutally raped in [New] Delhi, India, by her Uber driver in December 2014." An Indian court found the driver, Shiv Kumar Yadav, guilty of rape in what became an international story.

After the story broke, Uber CEO Travis Kalanick issued a statement: "We will do everything, I repeat, everything to help bring this perpetrator to justice and to support the victim and her family in her recovery."

Fleeing the Sinking Ship: Yet Another Top-Level Uber Staffer Resigns

Uber assisted the prosecution during the case and settled with the woman for reportedly more than $3 million in 2015.

But the woman, who now lives in Texas, says that Uber did the opposite: they publicly disclosed private facts about her to discredit her story. "In the United States, Uber executives violated her a second time by unlawfully obtaining and sharing her medical records from that vicious sexual assault," according to the complaint she filed.

She claims that Eric Alexander, then-President of Business with Uber Asia Pacific, obtained her medical records. Alexander, Kalanick, and then-Senior Vice President for Business Emil Michael used the records to concoct their own version of events.

"Alexander, Kalanick and Michael discussed the records among themselves and with other staff at Uber, speculating that Plaintiff had made up the brutal rape in collusion with a rival of Uber in India in order to undermine Uber's business," the complaint reads. "This flagrantly irresponsible, defamatory and offensive theory concocted by Alexander, Kalanick and Michael has no rational basis."

"By focusing on 'whether she was really raped at all,' and painting Plaintiff as an opportunist and a liar, Defendants seemed to be assuring themselves that the only reason why a woman would report a sexual assault is for personal gain, rather than to prevent similar crimes from occurring again or to right an injustice."

The complaint alleges that the documents had circulated at Uber headquarters, with Alexander possessing them for close to a year without facing any punishment or scrutiny.

Alexander was fired on June 7 and Michael resigned from the company on June 11 in the wake of these charges. Kalanick has announced an indefinite leave of absence, nominally to be with his family after his mother was killed and his father injured in a boating accident. None of the men opted to comment on the charges.

"No one should have to go through a horrific experience like this, and we're truly sorry that she's had to relive it over the last few weeks," an Uber spokesperson said in a statement. They did not refute the charges.