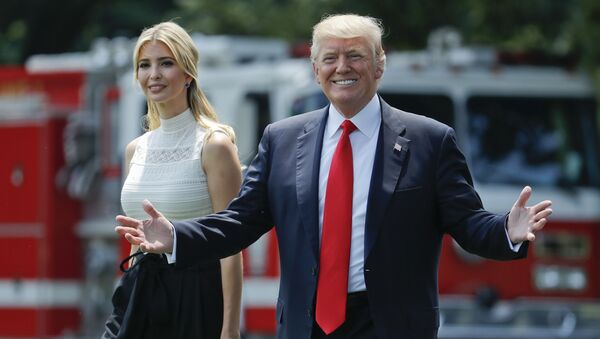 The White House is hoping to convince House Republicans to take some of the sting out of the bill passed by the Senate last week to enact new sanctions on Russia and Iran and to curtail the president's power to alter or end them.

Citing a senior administration official, Politico reports that though US President Donald Trump's administration supports sanctioning Russia, they are worried that the new bill will tie their hands as they are trying to rebuild relations with Moscow.

Secretary of State Rex Tillerson told a House Foreign Affairs hearing as the bill went to vote that "I would urge Congress to ensure any legislation allows the president to have the flexibility to adjust sanctions."

The day before, he'd told the Senate Foreign Relations Committee, "We would like the flexibility to turn the heat up on Russia," he said. "We have some channels where we're starting to talk, but what I wouldn't want to do is close the channels off."

The bill passed, however, on Wednesday in a 97-2 show of bipartisanship. It would enshrine existing sanctions into law; slap new penalties on Russia's defense, military intelligence, energy and transport sectors; restrict debt dealings with Russian banks and energy companies; and allow Congress to block the president from altering sanctions with a two-thirds majority vote. The bill was a response to allegations of Russian interference into the US presidential election last year, allegations Russia has consistently denied.

White House Deputy Press Secretary Sarah Huckabee Sanders the following day criticized the sanctions package. "We believe the existing executive branch sanctions regime is the best tool for compelling Russia to fulfill its commitments," Sanders told reporters, adding that the bill had yet to move through the house.

Putin Comments on New US Senate's Sanctions Against Russia

Politico reports that the ramifications of a veto are not under discussion, according to their administration source. Instead, the administration intends to reach out to House members who have doubts about limiting the power of the executive branch to control sanctions, according to Politico. State Department spokeswoman Heather Nauert on Thursday also pointed out again the White House's desire to cooperate with Russia on global problems. "We continue to look for areas in which both parties can work together," Nauert told reporters. "We've talked about how we believe the United States and Russia can work together to fight ISIS."

The new sanctions "will of course complicate the Russian-American relationship," Russian President Vladimir Putin said in an interview reported Saturday by Russian media. Immediately following the bill's passage in the Senate, Russian lawmakers promised a response.

Democratic Senator Sherrod Brown, a sponsor of the Senate bill, said as early as Wednesday that the White House was already working to undermine the measure.

Perhaps worried about the bill's chances in the House, Senate Democrats are pushing their bill on social media.