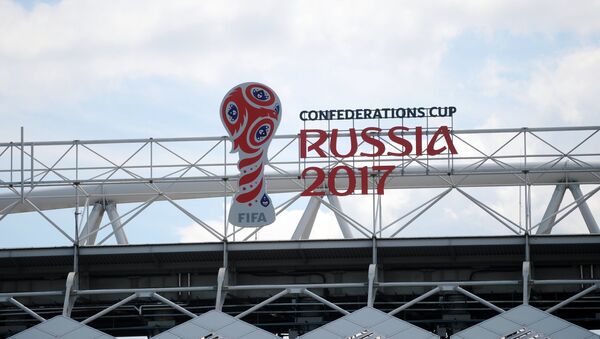 © Sputnik / Evgeniy Biyatov
/
Go to the photo bank
Subscribe
Kremlin spokesman Dmitry Peskov assured that the 2017 FIFA Confederations Cup will be held in Russia at a high level.

"There are all grounds to believe that everything should be successful, at the appropriate high level," Peskov told reporters.

The FIFA Confederations Cup will be held in Moscow, St. Petersburg, Sochi and Kazan from June 17 to July 2. Four football matches will take place at the FC Spartak's stadium dubbed Otkritie Arena, located in the city's northern area of Tushino on June 18, 21, 25 and July 2.

"Moscow is fully prepared to host the Cup of Confederations, the main football championship of 2017. The Cup's key events, set to take place in Moscow, will be held at the new Spartak's stadium in Tushino. The media headquarters is also located there," Sobyanin said after visiting the Confederations Cup's press center for non-accredited journalists.

The mayor stressed that not all journalists, who were supposed to cover the events, managed to meet strict accreditation requirements. Sobyanin pointed out that to give those reporters an opportunity to perform their work efficiently, Moscow opened another press center in the Column Hall of the House of Unions in the city's center.

"Any journalist who plans to write about football these days can get the best out of [press center's] facilities. We will also organize press tours for them to the reconstructed Luzhniki stadium and other Moscow sights," the mayor said.

Get Ready for Football! FIFA Confederations Cup 2017 Press Accreditation Begins
The press center for media representatives without accreditation started working on Thursday. The same kind of press centers are already opened in St. Petersburg, Kazan and Sochi. Around 30 volunteers will provide assistance at the press center.

The Confederations Cup tournament has been traditionally held since 2005 in the country hosting the FIFA World Cup the following year. The competition, which is considered to be a rehearsal of the FIFA World Cup, will involve a third of the 12 stadiums expected to be used during the tournament in 2018.

The quadrennial event will bring together the national teams of Australia, Cameroon, Chile, Germany, Mexico, New Zealand, Portugal and Russia.

The 2018 FIFA World Cup will host 31 national teams and take place in 11 Russian cities from June 14 to July 15 next year. The Confederations Cup will be held on June 17 — July 2 in Russia. 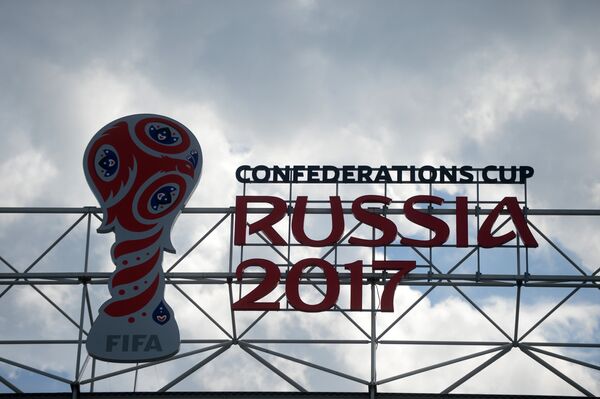