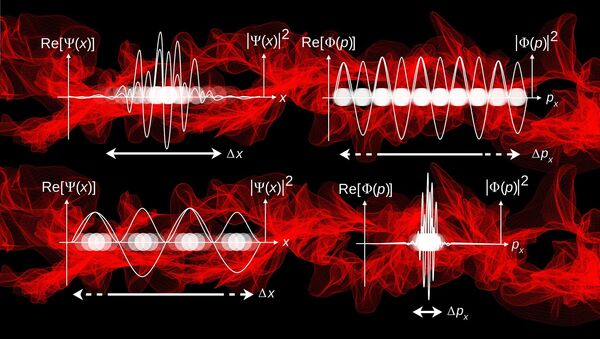 Wireless devices are nothing new, but the technology has advanced to such a degree the field still throws up stunning innovations from time to time – wireless charging was one such development. Now, Stanford University researchers have radically updated the solution in a way that could revolutionise any number of fields.

The team, led by Professor Shanhui Fan, showed they could provide continuous wireless power to a device while they moved it away from the power source, up to a distance of around one meter.

While one meter may be a seemingly meager distance, most contemporary wireless charging systems require charge objects to stay in a specific position, and nearby, as wireless charging operates on an effective "circuit" system — distances and movement serve to sever this connection. If distances are to vary at all, the circuit must be constantly tuned to maintain the connection.

​Seeking to rectify this limitation, Professor Fan and colleagues drew on ideas from quantum mechanics. Their newfound system solves the issue of distance and connection by automatically adapting the circuit to optimum conditions for power transfer, as the charger and charging device are moved towards and away from each other. To do this, they used a "parity-time symmetric circuit" — the effect is similar to the feedback created when an electric guitar is moved closer or further from an amplifier.

While that particular effect has been known about for some time — there are arguments over who first used it and when, but it dates back to the 1950s at least — the Stanford University team are the first to apply it to other forms of connection.

​In their experiment, researchers only experimentally tested their system with a humble LED bulb — although they believe it could be applied to other high power electronic devices. One potentially exciting application could be electric cars — one of the issues preventing widespread adoption of these futuristic automobiles is the lack of charge point availability, and the longevity of charges. While Tesla Motors expects its upcoming Model 3 to go over 200 miles on a single charge, and the Chevy Bolt, already on the market, has an advertised range of 238 miles, electric vehicle batteries also take several hours to fully recharge.

Put simply, many cities are not accommodating of electric cars, and if a driver finds themselves caught short with no battery life and no charge point in sight. A charge-as-you-drive system could be the breakthrough that ends petrol-powered cars' dominance of the roads forevermore. Given the transport industry and governments around the world are already investigating the feasibility automated highway systems in which vehicles can be charged by solar power or other renewable energy sources, it's likely the Stanford team's discovery will be of much interest internationally.

​Moreover, wireless technology could also assist GPS navigation of driverless cars — these systems are accurate up to about 35 feet as of June 2017, and for safety, autonomous cars must be in the center of the lane to ensure precise positioning for GPS satellites. This would bring their directional abilities much closer to home.

Of course, an LED bulb requires significantly less power than an electric car, and the need for such power levels could pose practical issues. Their demonstration involved a one-milliwatt charge, whereas electric cars often require tens of kilowatts to operate effectively.

However, what if roads were widely equipped with wireless charging points, ensuring an electric car's battery remained at full "life" for extended periods? What if a road itself was a charger, able to constantly transmit power to vehicles while in motion?

​Such ideas may sound ultramodern, but with the pace of technological development, they may not be too far off. The team is now working on greatly increasing the amount of electricity that can be transferred via their system, and tweaking it extend the transfer distance and improve efficiency.

In any event, the team believes there are many lower-power applications that could benefit from the technique immediately, such as the wireless charging of implanted medical devices — and it's a demonstration quantum mechanics concepts can have real-world applications.

"We can rethink how to deliver electricity not only to cars, but smaller devices on or in our bodies. For anything that could benefit from dynamic, wireless charging, this is potentially very important," Professor Fan said.