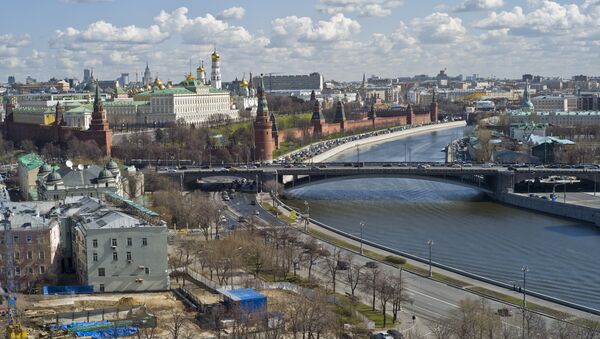 "I can say as the incumbent head of the Russian state that I know the sentiments of our people. We do not consider the United States as our enemy. Furthermore, twice in history, when we faced the most difficult times, we united our efforts, we were allies in the two world wars," Putin said.

Putin: We don't consider America our enemy. We were allies in two World Wars. We think growing Russophobia is a result of internal politics.

Putin: New US Anti-Russian Sanctions Bill Shows 'Internal Political Struggle'
In May, the US Fox News media outlet conducted a survey saying that 64 percent of US citizens considered Russia as an enemy of their country.

Moscow has long been promoting the idea of fruitful cooperation with Washington. US leader Donald Trump has repeatedly advocated establishing a political dialogue with Moscow, particularly in regards to the fight against terrorism, and expressed readiness to build positive relations with Russia.

"We see that Russophobia is developing in the United States. We believe that this is a result, first of all, of an intensifying internal political struggle," Putin said.

Opinion polls show that Russia has many friends in the United States, however, hysteria in the media is likely to affect the mindset of the US citizens, according to the president.

"We know that we have a lot of friends in the United States. I was told about this by the US colleagues, and opinion polls, at least held a month ago, say that we have many friends there. However, unfortunately, such hysteria in the media certainly affects the mindset," Putin said.

The president added that there were a lot of people in Russia who respected the achievements of the people of the United States and hoped that Russian-US relations would eventually normalize.