Putin Opines on Handshakes and Outlines His Criteria for Leader's Strength 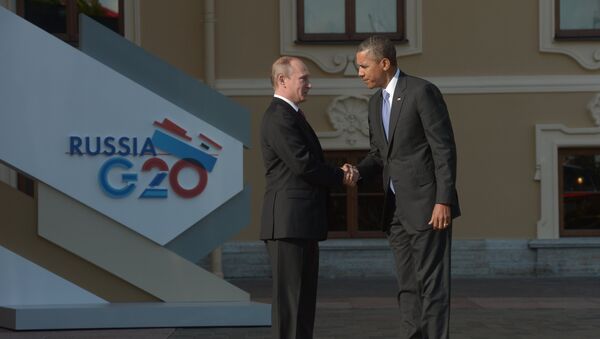 © Sputnik / Sergey Guneev
/
Go to the mediabank
Subscribe
International
India
Africa
Vladimir Putin outlined his criteria for the strength of a leader. Handshake habits have nothing to do with it.

MOSCOW (Sputnik) — The strength of a leader is measured not by a handshake, but by his dedication and attitude to the destiny of his people, Russian President Vladimir Putin said at his annual "Direct Line" session.

"You know, the strength of a leader is measured not by handshake, but by his attitude toward the work he is doing, to the fate of his country and his people, by dedication in the course of exercising his powers," Putin said, answering the question which of the world leaders had the strongest handshake.

The 2017 session lasted for 4 hours. The Russian leader answered 73 questions out of some 1.9 million that were collected from various means of communication.