Putin on His Father's Illness: 'He Was Screaming in Pain at Night' 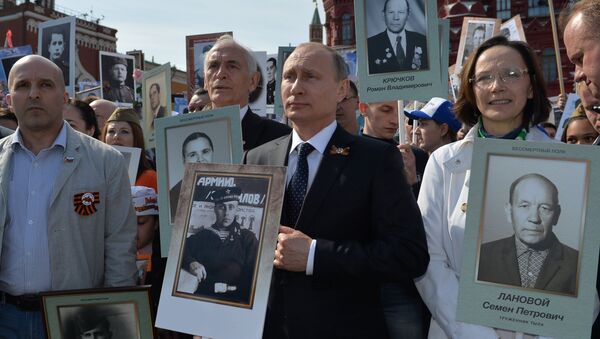 © Sputnik / Alexei Druzhinin
/
Go to the mediabank
Subscribe
International
India
Africa
Russian President Vladimir Putin on Thursday told the audience of his "Direct Line" session about the illness and treatment of his father.

MOSCOW (Sputnik) — During the session, Daria Starikova from Russia’s northeastern town of Apatity addressed Putin. According to Daria, she was diagnosed with fourth stage cancer, but her initial diagnosis was intervertebral osteochondrosis which resulted in wrong types of treatment. At the same time, there is a shortage of specialists in Apatity, most of whom moved to a neighboring town.

"I usually do not talk about my personal life, but looking at you I cannot help but say that the same thing happened to my dad. He was treated for back pain, [doctors] did massages, diathermy and so on. My mother told me that my father was screaming in pain at night. And only after that I transferred him to another hospital," Putin said.

The president said that his father had the same situation as Daria Starikova.

"But, by the way, even at this stage, treatments were found, and it was many years ago, but even then an effective treatment was found, and did not die of the disease that he was diagnosed with. So I am asking you, please, do not lose hope. I, too, will draw attention to it, including how it would be possible to help you personally," Putin stressed.