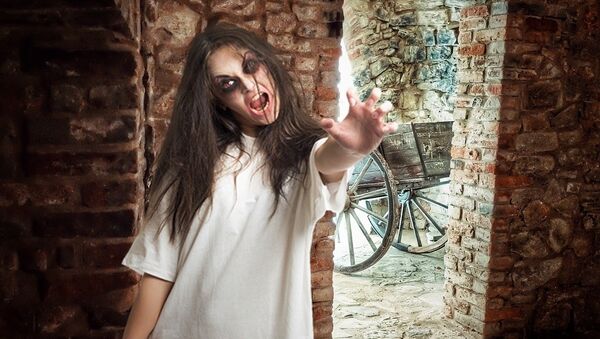 A man from a town east of Lansing, Michigan, has been convicted of a third-degree domestic violence for slapping his daughter after allegedly trying to perform a “forced” exorcism on her together with other relatives.

The then 18-year-old daughter of William Watt called police in September claiming that her father slapped her during a confrontation that was started in part by what she referred to as a "forced exorcism attempt."

According to the police report, Watt's adult daughter was watching TV in her family home when Watt, his wife and their son suddenly approached her chanting "the power of Christ compels you" and throwing various objects at her, including a plastic water bottle, causing minor injuries.

​The teen managed to escape the bizarre ritual and headed to work, but as soon as she returned later that day, Watt accused her of "stealing his food" and slapped his daughter across the cheek. The girl called a friend for help, and after she was taken to a safe place, she decided to file a report.

"You can't put your hands on your adult children," Livingston County Court Judge Miriam Cavanaugh said during Watt's sentencing, according to the Detroit Free Press.

Turkey Sentences UN Court Judge to 7 Years in Jail Over Failed Coup Attempt
Judge Cavanaugh ordered Watt, who has a history of criminal offenses for domestic violence against family members dating back to 1997, to spend one to 10 years in prison.

Livingston County Prosecutor William J. Vailliencourt Jr. Said that Watt deserved his sentence, citing previous cases in which he was accused of choking his teenage son and assaulting his wife, along with trying to disconnect the phone when she tried to reach for help.