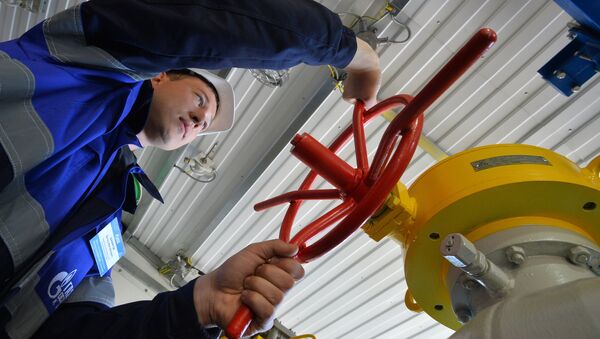 Putin on Sanctions: Russia Lost $50Bln, Those Who Imposed Them Lost $100Bln
BERLIN (Sputnik) – The US Senate approved on Wednesday, by an overwhelming majority, a measure that would expand sanctions on Russia and limit the US president’s ability to lift said sanctions.

"Since 2014, Europe and the United States have responded to Russia’s illegal annexation of Crimea and Russian actions in eastern Ukraine side by side in close partnership. this was a necessary and right reaction in response to Russia’s behavior … Joint and decisive actions of the European Union and the United States to resolve the crisis in Ukraine is in our common interest. However, we cannot agree with threats of illegal extraterritorial sanctions against European companies which take part in the development of European energy supply," the statement read.

According to the statement, the US legislation concerns "sales of US liquefied gas and squeezing Russian natural gas supplies in the European market," aiming to ensure "work in the oil and gas industry in the United States."

The selection of suppliers of energy resources to Europe is in the competence of Europe itself and not the United States, it is decided based on market competition, German Foreign Minister Sigmar Gabriel and Austrian Chancellor Christian Kern have said.

The US Senate approved on Wednesday, by an overwhelming majority, a measure that would expand sanctions on Russia and limit the US president’s ability to lift said sanctions.

"The European power supplies are an issue for Europe, not the United States. We decide who supplies energy resources to us in accordance with the rules of openness and market competition," the officials said in a Wednesday statement.