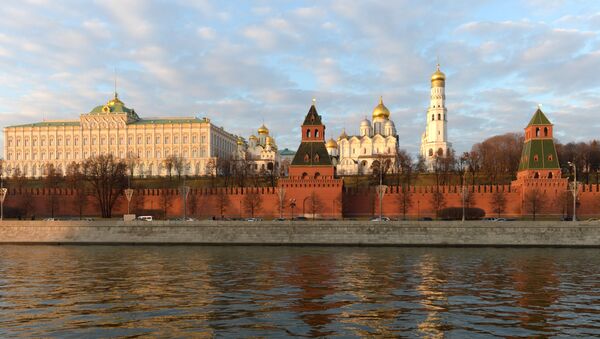 Now that Europe has been left to its own devices by Donald Trump's America, the two most powerful EU states – France and Germany – are facing the dilemma of how to maintain the bloc's unity. According to political scientist Rostislav Ischenko, Russia could become a sort of political-military "crutch" which will prevent the EU from falling apart.

Over 60% of French Voters Wary of Impending Pro-Macron Parliamentary Majority
Germany and France face a painful dilemma: how to tackle Europe's burning issues and maintain their socio-economic status quo, political scientist Rostislav Ischenko, president of the Ukraine-based Center for Systemic Analysis, writes for RIA Novosti, adding that an alliance with Russia could become a way out for Paris and Berlin.

Donald Trump is "shaking the rust off America's foreign policy" and turning away from Europe to the Middle East. Meanwhile, "the Franco-German partnership has given way to a Franco-German rivalry as a result of the decline in Anglo-Saxon (British and US) influence on the European continent," Ischenko noted.

Indeed, Berlin and Paris each continue to pursue their own strategies.

German Chancellor Angela Merkel still maintains an old "globalist" approach toward European affairs. According to Ischenko, Merkel purportedly hopes to "outlive" Donald Trump and resume ties with his successors and re-enter the global game from a position of strength.

Therefore, she is unwilling to concede anything to the new US administration, the scholar assumed.

However, that also means that Berlin needs to retain leadership positions in the EU.

"After America's refusal to continue to pay for European security, Germany faces an acute shortage of resources to preserve the EU in its current shape," Ischenko wrote, assuming that Berlin may replace its policy of "bribing junior EU partners" with a "policy of repression."

For his part, French President Emmanuel Macron made an unexpected political move after taking office. 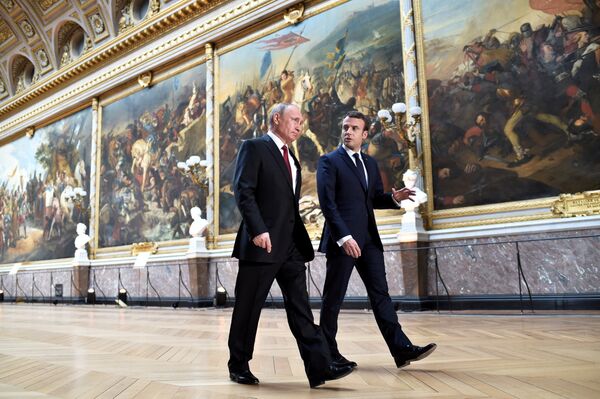 French President Emmanuel Macron (R) speaks to Russian President Vladimir Putin (L) in the Galerie des Batailles (Gallery of Battles) as they arrive for a joint press conference at the Chateau de Versailles before the opening of an exhibition marking 300 years of diplomatic ties between the two countries in Versailles, France, May 29, 2017
© REUTERS / Stephane De Sakutin/Pool

"Instead of becoming an obedient executor of the will of Angela Merkel — a recognized 'matriarch' of European politics — he suddenly stepped forward and established political relations with [Russian President] Vladimir Putin," the scholar pointed out.

Merkel Names Brexit, Dire Need for EU Evolution Among Bloc's Top Challenges
Ischenko added that France is better positioned than Germany, which has recently found itself at a political and an ideological impasse. Paris is not bound by obligations related to the Ukrainian crisis and it doesn't face the problem of maintaining financial hegemony in the EU.

On the other hand, France is unable to replace Germany as the EU flagship to keep its member states under the bloc's roof.

Still, each of the two powers views Eastern and Central European countries as their sphere of interest.

However, it is not as easy as it seems.

For example, Poland does not accept Berlin's authority, since it regards itself as a leading force of a potential Eastern European bloc.

"Germany has serious contradictions with Poland, both in the methods of resolving the Ukrainian crisis, and in energy trade with Russia," Ischenko noted.

"It would be logical for Paris to reach out to Warsaw, especially given the fact that the latter is trying to become the center of an Eastern European 'union' stretching from the Baltic Sea to the Mediterranean. However an alliance with Poland would force France to take a destructive stance toward gas transits [from Russia], and that, in turn, would make a military-political rapprochement between Russia and Germany inevitable," the scholar suggested.

In any event, the German-French competition within the European bloc may lead to the disintegration of the EU and emergence of a number of alliances.

To preserve the bloc's unity, Paris and Berlin need a military-political "crutch," Ischenko wrote, adding that previously that role had been played by the US.

"Today, only Russia can be such an ally for Paris and Berlin," the scholar believes. "The United States has abandoned Europe. No one knows whether they will return to this [geopolitical theater]."

"In exchange, the [idea of an] alliance with Paris and Berlin (if the Franco-German partnership is retained) gives Russia [an opportunity to cooperate with] self-controlled and comfortable Europe as an economic and political partner and provides the possibility of a full-fledged implementation of the Eurasian integration project from the Atlantic to the Pacific," the scholar highlighted.