By Concealing Special Ops, Pentagon Exposes Others to Danger 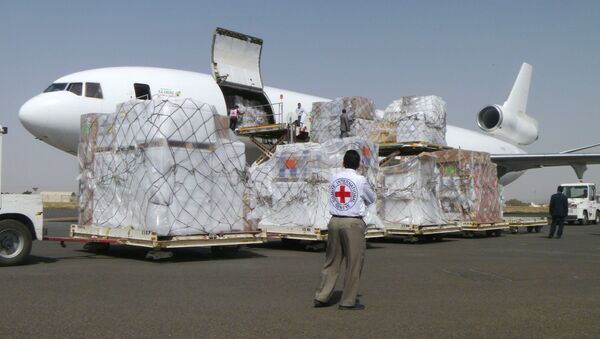 By mingling humanitarian and military objectives, the Pentagon has put aid workers in the world's hotspots at risk, Russian military analyst Ilya Plekhanov noted, referring to the Scott Darden case.

US Conducts First Strike Against Al-Shabaab Positions in Somalia - Pentagon
The Pentagon and US Intelligence Community spare no effort to keep their special operations top secret even if it means exposing others to danger, Russian military analyst Ilya Plekhanov writes for RIA Novosti.

When an American, who was involved in coordinating aid for UNICEF and the Red Cross, was kidnapped in Yemen two years ago, no one could imagine that he was simultaneously conducted an additional mission — delivering materials to US Special Operations forces on the ground in Yemen.

Scott Darden, the director of New Orleans-based logistics company Transoceanic Development, at one and the same time provided humanitarian aid to destitute women and children and transferred equipment and supplies for a secret US military unit, Task Force 48-4.2, under a clandestine contract with the Pentagon, the New York Times reported.

However, "arrangements like the one Transoceanic had with Special Operations forces can cast suspicion over aid workers, potentially putting them in harm's way, and can jeopardize humanitarian efforts in countries that depend on relief organizations," the media outlet wrote.

"There is nothing new in the use of private companies by US troops and special forces to transfer supplies to remote regions," Plekhanov noted, "However, mingling humanitarian and military cargoes is beyond the usual."

Mainstream Media Says 'Russian Propaganda' Creating Fifth Column in US Military
The military analyst recalled that the US had conducted operations against al-Qaeda terrorists in Yemen since 2009.

However, in 2009 the US drone Copper Dune Operation against al-Qaeda in the Arabian Peninsula (AQAP) and other terrorist groups in Yemen resulted in the death of 40 civilians when the Pentagon stuck a village, relying on erroneous data.

Likewise, in December 2013 a US drone strike hit a wedding convoy, killing 12 civilians and injuring at least 15 other people including a bride, according to Human Rights Watch report entitled "A Wedding That Became a Funeral."

"When Saudi Arabia kicked off large-scale military actions in Yemen, US Navy ships were attacked several times by the Houthis. The Americans began to rely more on air strikes which required more accurate information on targets. In addition, it became clear that erroneous data may result in hitting civilians and provoke, among other things, international scandals," Plekhanov wrote. 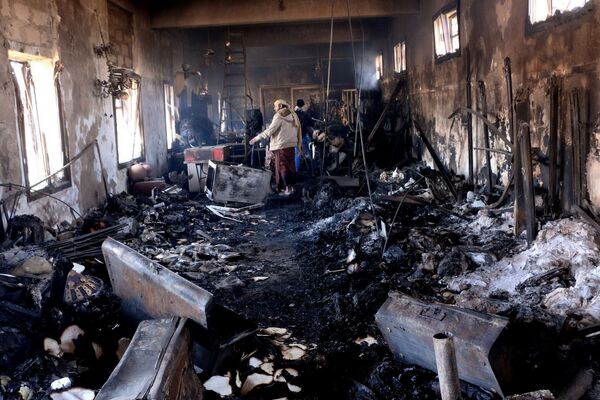 A man examines the damage at the National Museum in the war-torn city of Taiz, Yemen
© AP Photo / Abdulnasser Alseddik

To tackle the problem, the Pentagon deployed US Special Operations forces in the region which began to provide support to the US allies — Saudi Arabia and the United Arab Emirates — in 2015.

Plekhanov referred to the fact that back in 2007, military equipment earmarked for Special Ops was delivered from the US to Yemen by the private logistic company Panalpina; in 2008 the Pentagon drew on the services of DHL Global Forwarding.

"The involvement of private logistic firms is quite understandable from the military point of view," the analyst noted, "There is no need to deploy heavy and visible military infrastructure for small-scale special operations; there is no need to dispatch aircraft and personnel and it is at the same time possible to avoid the unnecessary attention of the media and the public."

Citing The Intercept, Plekhanov noted that the Pentagon sometimes used private companies and their aircraft to gather information on potential targets in Yemen and Somalia.

"Anyway, mixing humanitarian supplies with military ones or carrying civilian cargo for the needs of military operations, creates many problems, especially for the humanitarian organizations," the Russian military analyst emphasized.

Russia Intercepts US Aircraft Over Baltic Sea Amid Massive NATO Drill - Pentagon
As a result, humanitarian workers find themselves in the crosshairs of local authorities or insurgents on the ground.

To illustrate his point, Plekhanov cited a hepatitis vaccination program carried out in Pakistan under the auspices of the CIA to find out Osama Bin Laden's location.

"After the elimination [of Bin Laden by the US], Islamists kicked off a brutal campaign against healthcare workers, who were engaged in vaccination against various diseases and had nothing to do with the American military," the analyst emphasized.

As for Scott Darden, UNICEF and the Red Cross have announced that they had no idea that Transoceanic Development collaborated with the Pentagon.