California Man Nabbed by FBI After Sharing ‘Deadpool’ on Facebook 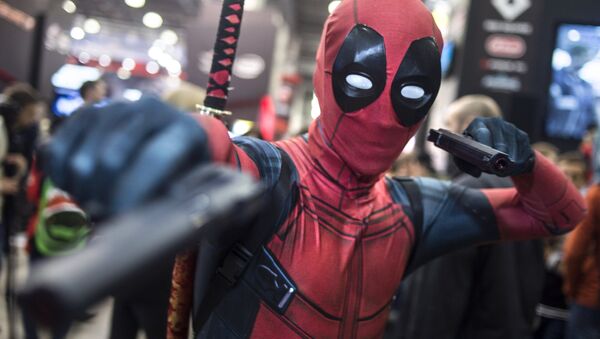 © Sputnik / Evgeny Biyatov
/
Go to the photo bank
Subscribe
The FBI has arrested a young man in California who took the liberty of uploading a big-ticket Hollywood movie still in theatrical release to his Facebook account.

A 21-year-old in Fresno, California, gets points for being patient enough to successfully make a popular superhero movie available to all via his social media presence, but loses those points because: how could he be so silly?

Trevon Maurice Franklin, with the not-so-clandestine Facebook username of Tre-Von M. King, was arrested Tuesday and has been charged with illegally uploading the movie "Deadpool," copyrighted by the Twentieth Century Fox Film Corporation, after his post gained more than 5 million pageviews.

Franklin, according to the United States Attorney's Office for the Central District of California, illegally uploaded the popular movie just eight days after its release in theaters, according to a report from the Fresno Bee.

The young man, after being arrested for making the film available for free — possibly in protest of Twentieth Century Fox for limiting the release of the highly anticipated movie based on the graphic novel — was charged with reproducing and distributing a copyrighted work, a felony that could result in a maximum three years in prison, if he is convicted.

The streaming freedom fighter made his initial court appearance on Tuesday in the US District Court in Fresno. The Bee noted that he did not enter a plea, as an arraignment will occur later.

Franklin is not in custody, after being released on his own recognizance and no bail was set.