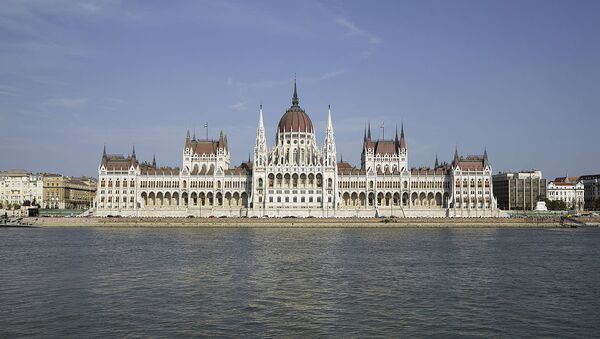 Budapest's decision on non-governmental organizations (NGOs) receiving funds from abroad puts it in the company of such countries as Russia, China and Israel, which consider "financing NGOs from abroad as a hostile act," according to Germany's Foreign Ministry spokesman Martin Schaefer.

On Tuesday, the Hungarian parliament passed legislation requiring that NGOs receiving over 7.2 Hungarian forints ($26,512) in donations from abroad be registered as "foreign-supported organizations." The law stipulates sanctions to be imposed on the NGOs not abiding by the rule.

"We are currently in the critical dialogue with the Hungarian parliament on this and other bills," Schaefer said at a briefing.

The spokesman noted that for Berlin, "the free work of the NGOs and their protection was the important value," adding that the German authorities would carefully monitor the influence of the law on Hungary's civil society.

Soros-Funded NGOs Exemplify Undemocratic External Influence - Hungarian FM
Budapest's decision puts it in the company of such countries as Russia, China and Israel, which consider "financing NGOs from abroad as a hostile act," Schaefer added.

The Hungarian law on "foreign-supported organizations" is considered by critics to be aimed at curbing the development of civil society in the country. Particularly, prominent watchdog Amnesty International, that called the legislation an "assault on Hungarian civil society."

On June 2, the European Commission for Democracy through Law, referred to as the Venice Commission, ruled that the law had legitimate aims, but excessive obligations and disproportionate sanctions.