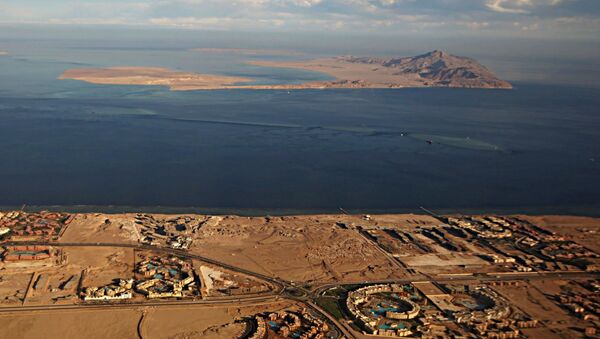 CAIRO (Sputnik) — In April 2016, the authorities of Egypt and Saudi Arabia signed the agreement declaring the uninhabited Red Sea islands of Tiran and Sanafir falling within the latter's territorial waters. The deal, which needs the parliament's ratification, sparked criticism and resulted in more than 150 people reportedly jailed in connection with the protests over the agreement.

Egypt's Minister of Parliamentary Affairs Omar Marwan said that before passing to the general vote, the deal must be examined by the parliamentary defense committee, the media added.

On Sunday, Egyptian Foreign Minister Sameh Hassan Shoukry said that the decision to hand the islands over to Saudi Arabia was taken after the conclusion had been reached by the Egyptian authorities that there was no legal foundation for Egypt's possession of the islands. Egypt occupied the two Saudi islands in 1967 to safeguard them against Israeli aggression, the minister added.

Forty-seven percent of Egyptians consider the islands located in the strategic part of the Red Sea bordered by Israel, Jordan, Egypt and Saudi Arabia, as Egyptian, the poll of the independent Egyptian Center for Public Opinion Research cited by the same news outlet showed Tuesday. According to the survey data, only 11 percent believe that the islands are Saudi.