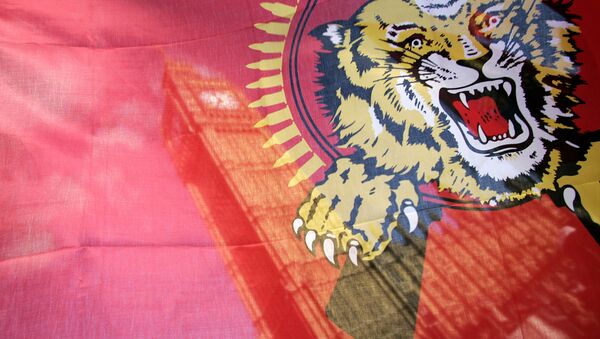 In May 2009, a bloody civil war in Sri Lanka ended after 25 years with defeat for a rebel group who represented the island's Tamil community. Thousands of Sri Lankan Tamils have migrated to Britain in recent years and a tiny minority appear to have been desensitized by the violence they witnessed growing up.

Between 2000 and 2003 violence between Tamil gangs in London spiked, with 10 murders and a series of other bloody incidents. The gangs took their names from towns and villages back in the north and east of Sri Lanka.

The most prominent were Mannar, Ariyalai, Urundari and Valvettithurai, known as VVT. But Scotland Yard swooped on them and after a series of trials most of the killers were jailed and the violence died down.

​In May 2009, the civil war in Sri Lanka came to a bloody end when the Tamil Tigers were surrounded and killed in their jungle hideout by the Sri Lankan Army.

The death of the Tigers' legendary leader, Velupillai Prabhakaran and their total rout by soldiers from the island's Sinhalese majority came as a body blow to many Sri Lankan Tamils, who had dreamed of a homeland called Eelam. 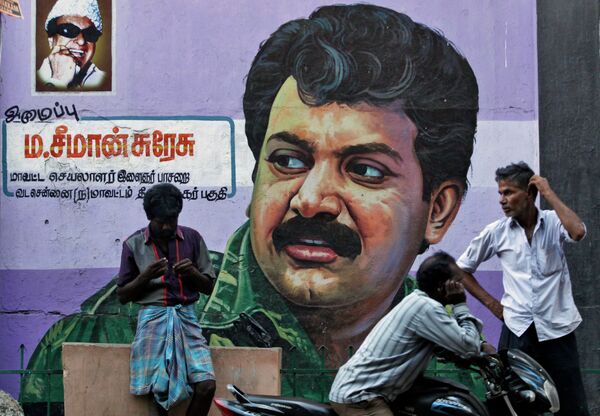 Civil war erupted in 1983 against Tamils who wanted to declare Tamil Eelam as an independent state under the control of the Liberation Tigers of Tamil Eelam (LTTE) and its commander Velupillai Prabhakaran.
© AP Photo / Arun Sankar K.

Back in London many members of the Sri Lankan Tamil diaspora had protested in Parliament Square, urging the British government to do something to protect the civilians who became caught up in the violence in the spring of 2009.

Many more Sri Lankan Tamil refugees came to live in Britain, many of them psychologically damaged from what they had witnessed. New gangs began to emerge on the streets of London — the Jaffna Boys, Tooting Tamils, the Harrow Gang and the notorious DMX, from Wembley.

Within the Tooting Tamils were two groups of friends who would fall out with each other because of disputes over money from cash machine frauds they were involved in.

On November 23, 2015 these two groups were in the center of Mitcham, a south London suburb. They were attending rival drinking parties, both taking place in parking lots near a Morrisons supermarket.

ICYMI #TamilTigers or #LTTE was started by Velupillai Prabhakaran & his supporters still wave their flag with impunity in UK #lka pic.twitter.com/nagz7Ulmyl

Just after 7pm one of the gangs, armed with axes, swords and machetes, started chasing the other group.

Justin Neel Croos, 26, was cornered and attacked with an axe.

Another man, Rajendren Mahindaskaran, had three fingers almost severed when he put his hand up to shield his head from a weapon. A third victim suffered a fractured skull.

The leader of the attackers, Prashad Sothalingham — known by the street name "Bullet" — fled to Portsmouth and then Essex, where he was arrested. 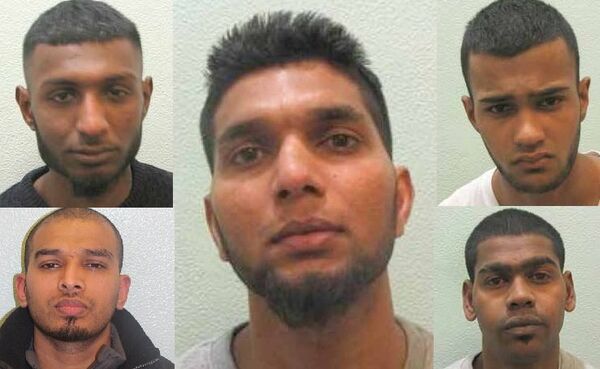 (L-R) Visuparathan Dayaparan, Neal Croos (victim), Sivakaran Ockersz, Sugan Selvarajan, Prashad Sothalingham
© Photo : Metropolitan Police UK
Another defendant fled to Yorkshire while one murder suspect, Inkaran Balasingham, fled the country entirely and is believed to still be abroad, possibly in India or Sri Lanka. Eight men were charged with Mr. Croos's murder and this week the last in a series of trials ended with one being convicted of murder and several others convicted of violent disorder.

Prosecutor Mark Fenhalls, QC, told the Old Bailey it had been a "vicious attack" by men with a "complex history of grievances and violence."

On Wednesday (June 14), Sothalingam, 25, was jailed for life for the murder of Mr. Croos.

Breaking Down The 90s – A Look Back at Tamil Gangs https://t.co/IxTgyQuxMF

Sentencing him to a minimum of 29 years behind bars, Mr. Justice Bevan QC told him he hoped he would be deported at the end of his sentence.

Sothalingham came to Britain, as an illegal immigrant, at the age of 15 and lied about his past in order to stay in the UK.

"Your reaction in the witness box was to state that the feuding of Tamil gangs was based on respect. But where is the slightest respect for the country which has taken you in and supported you?" the judge told him.

"Those who come to this country for a better life or to escape a war-torn country, as Sri Lanka was at the time, are not expected to be grateful. But they cannot simply carry on as before, with feuding criminal gangs using swords, axes and machetes. It will not be tolerated," the judge added.

A witness had told the jury he saw Sothalingham armed with an axe and saw him hit Mr. Croos on the head with it.

Sugan Selvarajan was found not guilty of murder.

Two other men — Aranventhan Puventhiran, 21, and Sivakaran Ockersz, 18, were cleared of murder by a jury last year but Puventhiran was jailed for 33 months for violent disorder.

Four other men — Gowrishanth Loganathan, 21, Jerome Jeyakumar,  23, Visuparathan Dayaparan,  23, and Vithusan Balamurali, 20, had been cleared of murder on the directions of a judge.

Selvarajan, Ockersz and Dayaparan were convicted of wounding and violent disorder and jailed on Wednesday.