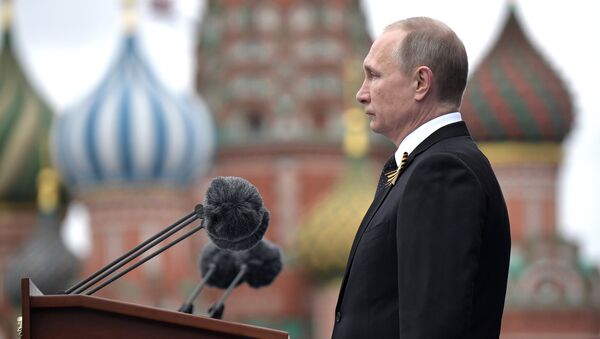 It is difficult to convey Russia’s stance on international affairs to the US and Western European audience due to their state of "political schizophrenia," Kremlin spokesman Dmitry Peskov said Tuesday.

MOSCOW (Sputnik) — Peskov was commenting on the first part of the four-episode documentary series by US filmmaker Oliver Stone, dubbed The Putin Interviews, which had been aired by the Showtime television network on Monday night, with the remaining parts to be broadcast later in the week.

"Unfortunately, we know that the US audience and partially the audience of Western Europe are now dominated by Russophobic sentiments which, recalling our president's words, border on political schizophrenia. Of course, in such a sharp state of aggravation it will be difficult to explain something, but nevertheless, when the situation goes into remission, I think such chances will appear," Peskov said, answering a question on whether it would be possible for this film to convey an alternative point of view to a Western audience and whether the Kremlin expects this to happen.

Putin Reveals He Has Grandchildren in Oliver Stone's TV Special
Additionally, Peskov said that neither he or Putin had watched the film yet, and they would wait for the Russian premiere.

"Let's wait and see for ourselves how much this movie reveals of Putin for those who wish to get acquainted with him after all," Peskov said.

Peskov expressed hope that the film would be of high-caliber as Stone was a very talented filmmaker.

Russia's Channel One has bought rights to stone's film and is expected to broadcast it on June 19-22.