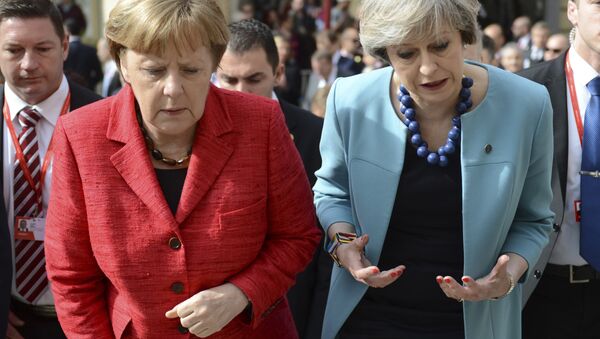 The UK Prime Minister Theresa May and the German chancellor Angela Merkel have both argued that internet regulation is key.

In a speech in Mexico City June 11, Angela Merkel argued for global digital rules, similar to those that exist for financial markets.

This needs to be enforceable through international organizations such as the World Trade Organization (WTO), which deals with the global rules of trade between nations.

Theresa May uttered similar sentiments after announcing she would be pursuing an agreement with the Democratic Unionist Party (DUP) of Northern Ireland.

Mrs. May stressed that she will continue to crack down on Daesh ideology, as the terror group use the internet to recruit and radicalize.

During the UK election process, and following the terrorist attacks in London and Manchester, Mrs. May focused in on the internet — in particular services such as Google and Facebook — and blamed them for creating "safe spaces" for extremism.

But both May and her home secretary Amber Rudd have tried to enforce and had laws pass which give the authorities greater spying abilities, the most controversial being the demand for real-time access to individuals' online activities and backdoor encryption.

However Theresa May's position has been somewhat weakened by the fact she now has to form a coalition government with the DUP, as she failed to reach a majority vote in the recent general election. 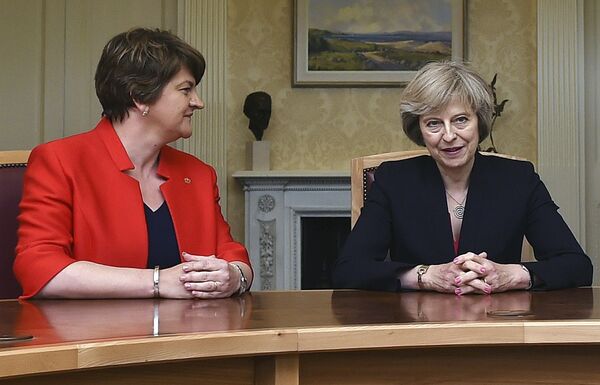 This is a July 25, 2016 file photo of of Arlene Foster, left, leader of the Democratic Unionist Party, with Britain's Prime Minister Theresa May, during a meeting in Belfast.
© AP Photo / Charles McQuillan
Germany has always been an outspoken critic of internet companies that do not want to remove or delete illegal content quickly.

The German parliament is considering legislation that would introduce significant fines for companies such as Twitter, Facebook and Google if they fail to act quickly.

Merkel is also pushing for a Europe-wide series of laws that will clamp down on content.

"We still have no international rules," Mrs. Merkel said.

Merkel drew parallels with a G20 agreement to deal with cyberattacks on the global banking system, and noted that Europe and the US need to work together on new common standards.

However, Europe's determination to push new rules on the global internet is persistent, and with Merkel deciding to make it a central part of a G20 summit, there is clearly confident that something will change.