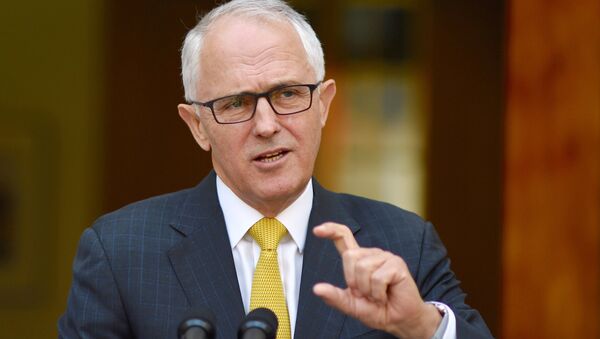 OSCE, Interpol Launch Joint Action Plan to Fight Transnational Crime
MOSCOW (Sputnik) – The Five Eyes is an international intelligence alliance consisting of the United Kingdom, the United States, Canada, New Zealand and Australia. The next meeting of the alliance is expected to be held later in June.

"[The Five Eyes will] discuss what more can be done among our like-minded nations and with the communications and technology industry to ensure that terrorists and organized criminals are not able to operate with impunity in ungoverned digital spaces online," Turnbull said in a national security statement published by the government.

According to Turnbull, Australia’s government wanted to find a balance between individual liberties and citizens’ common safety.

"The privacy of a terrorist can never be more important than public safety – never," Turnbull stressed.

Earlier this month, in the wake of the recent terror attacks in Manchester and London, UK Prime Minister Theresa May urged the international community to cooperate and control cyberspace more attentively, stating that the internet is a "safe space" for the planning of terrorist attacks and Islamist extremism.

Last year, US federal law enforcement and Apple had a legal battle after the Federal Bureau of Investigation (FBI) requested the tech giant to create a defeat mechanism to break the encryption on an iPhone used by one of two individuals responsible for a terrorist attack in San Bernardino, California in December 2015. The FBI later called for tech companies to be opened for law enforcement access to the encrypted content of secure communications. In response, companies such as Apple and Google opposed the request to create "backdoors" in electronic devices, which they say would jeopardize users’ security.

000000
Popular comments
the state's desire to monitor and control citizens can never be more important than the citizen's right to privacy. That is why getting free access to everyone's data and communications by the state should not be allowed. They will, and do, spy on their own citizens for political and other purposes under the pretext of rooting out terrorists. There is a compromise answer however to all this. Law should be passed that prohibits the use or publication of private information obtained except for the persecution of terrorists. So, if they find that Joe does not like the government and plans a protest, they would be strictly forbidden to pass that info on or act on it in any way.