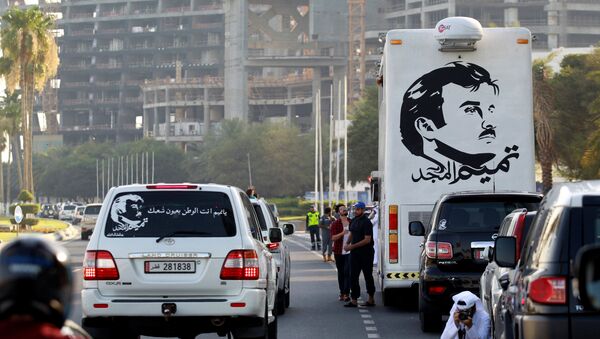 Qatar Diplomatic Row Should Be Resolved Politically - Russian Energy Minister
MOSCOW (Sputnik) – While Qatar is ready to defend its economy, it sees no reasons to worry about the potential negative effects of sanctions imposed by several states, including its closest neighbors, Finance Minister Ali Shareef Al Emadi said.

"We know that we might have a few challenges here and there, but… we have the assets and the security that we need. Our foreign assets and our foreign investments are more than 250 percent of our GDP… We know we can defend the currency, we can defend the economy, but I don't think there is anything that we need to worry about in the local economy," Al Emadi told the CNBC broadcaster.

The finance minister admitted that the markets had reacted to what was happening around Qatar last week, but said it was understandable and noted that Qatar was regaining its position.

Al Emadi added that the situation was going back to normal in the country and it was "open for business."

Last Monday, several countries, including Bahrain, Egypt, Saudi Arabia, the United Arab Emirates, followed within the week by a number of others, announced either completely breaking off or reducing diplomatic relations with Qatar over its alleged support of terrorism.

On Saturday, Al Thani met with Russian Foreign Minister Sergei Lavrov. Lavrov called for direct talks between Doha and other Arab states to overcome the diplomatic crisis and confirmed its readiness to continue dialogue with Qatar in all spheres.