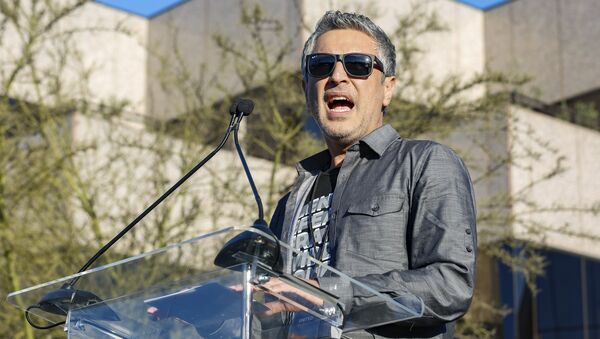 A CNN program host was fired by the cable news network following disparaging remarks he made about US President Donald Trump.

In a tweet responding to US President Donald Trump's attempts to reinstate a travel ban, CNN religious show host Reza Aslan referred to the president as a "piece of sh*t," due to the former's bigotry.

A native Iranian who is now a resident of the US, Aslan was responding to what he suggested was Trump's opportunism in using the aftermath of the deadly terrorist attack in London to promote the increasingly anti-Muslim and anti-immigrant policies of the White House.

CNN on Friday cancelled Aslan's show, Believer with Reza Aslan, which was headed into its second season.

Prior to the show's cancellation, Aslan had apologized for his tweet.

Trump's strikingly polarizing and increasingly unpopular administration has seen a marked increase in strong negative reactions, many of them from celebrities who say what others are unwilling to express.

In May, noted award-winning comedian Kathy Griffin was dropped by her advertising sponsors, banned by CNN and had her comedy tour canceled by the hosting venues after she posted an image on her Instagram and Twitter accounts of her holding up what she termed "a mask styled to look like the severed, bloody head" of Trump.

After the uproar surrounding her tweet Griffin also apologized publicly, adding that, because of the picture, Trump and his family were "trying to ruin my life forever."