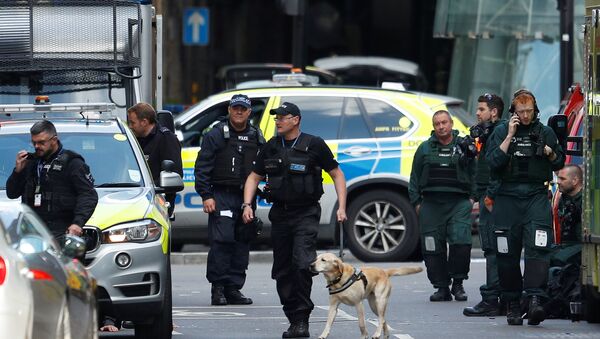 A man suspected in preparing a terror act was arrested in east London in the early hours of Saturday.

MOSCOW (Sputnik) — British police arrested a 28-year-old man early on Saturday in connection with their inquiry into last week’s terror attack in the London Bridge area.

"Detectives investigating the London Bridge terror attack carried out a warrant, and made a further arrest, in east London in the early hours of Saturday, 10 June," the Metropolitan Police said.

UK Police: Terrorists Planned to Ram Heavier Truck Into Crowd on London Bridge
The man is suspected of "being concerned in the commission, preparation or instigation of acts of terrorism." He was detained at a residential address in Barking.

The announcement came hours after the police said they had made an arrest in another east London district. A total of seven men are in custody over the probe into last Saturday’s van and knife attack that killed eight people and wounded 48.