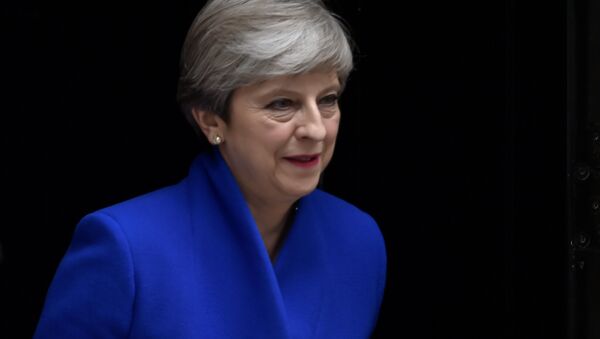 Hundreds of Brits Take to Downing Street to Demand That Theresa May Resign
LONDON (Sputnik) — It remains to be seen whether the composition of the Cabinet will remain the same. As of now five key ministers, namely, Foreign Minister Boris Johnson, Interior Minister Amber Rudd, Chancellor Philip Hammond, Defense Minister Michael Fallon and Brexit Minister David Davis have retained their positions.

On Thursday, the United Kingdom held a snap general election, which resulted in a hung parliament as the Conservatives failed to secure an overall majority in the House of Commons and fell short of the required 326 seats.

Earlier in the day, May's closest advisers and co-chiefs of staff, Nick Timothy and Fiona Hill, both announced their resignation.