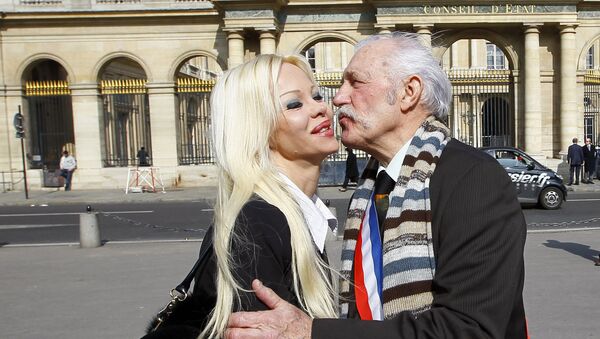 She might be a busty blonde but don’t let her sexy looks deceive you. The former stripper by the name of Cindy Lee is on the ballot for the upcoming French Parliamentary election.

Fun Facts and Polls: France Readies for 1st Round of Legislative Elections
Her real name is Isabella Lang who back in 2002 formed her political party called the “Pleasure Party.”

In March she took to the streets of Paris in just a pair of hot pants for a sexy campaign to promote her party and protest against corruption.

Now Lang is aiming for an MP seat. Her plan includes steps to improve the environment and endorse a more humane, tolerant and just society.

She also wants to take care of the unprotected strata of the population and take measures to improve security.

This is not the first election for the 52-year-old stripper turned politician.

The "candidate of pleasure" has vowed to continue her transparency fight against corruption as well.

Parliamentary elections in France will be held in two rounds on June 11 and 18. The voters will choose 577 deputies of the National Assembly of the country from more than 7,800 applicants.