Turbulent Times Ahead for Britain as Brexit Plans Thrown Into Chaos 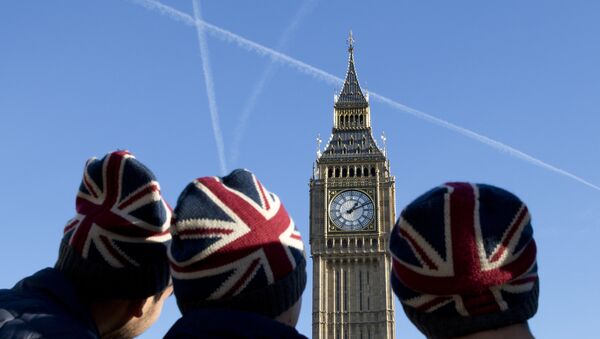 At the end of a dramatic night of counting, following the UK general election, June 8, Britain has been left with a hung parliament, a damaged prime minister and chaos with just days to go before negotiations are due to begin over Brexit.

UK Prime Minister Theresa was the biggest loser of the night, winning the most seats, but losing her majority and now facing calls to step down. Meanwhile, Labour leader Jeremy Corbyn has risen from the ashes and managed to avoid the defeat so many within his own party were fearing — or hoping for, in some cases.

The Scottish Nationalist Party — which was angling for another referendum on independence — lost 21 seats, putting the issue of Scotland breaking away from the United Kingdom further back on the agenda.

The situation leaves Theresa May in a quandary. In theory, being the party with the most seats, she has first pick at forming a government and will go to Buckingham Palace to ask Queen Elizabeth II for permission to form one.

Her problem, however is that — alone — she has no majority in the House of Commons. She could try and form an alliance with the Democratic Unionist Party of Northern Ireland, but that would depend on the terms of their agreement. If she fails to gain majoroty backing for her government's program — as set out in the Queen's Speech when parliament reconvenes — her government will fail and she would resign.

May also faces the prospect of having lost the faith of her own party. Having called the snap election to increase her working majority of just 17 to give her a mandate to go to Brussels and argue her case for Brexit, she has failed and now looks nothing like the "strong and stable" leader she espoused herself to be ahead of the election.

In the event that she cannot form a workable government, and she did resign, it would then make Labour's Corbyn prime minister. That would certainly be a problem for many of his own MPs who — weeks ago — wanted the election, so that they could lose it and oust him as leader.

Whatever the final result, our positive campaign has changed politics for the better. pic.twitter.com/EHLta2rnIW

​Corbyn was never the front runner as Labour leader, but came from the back riding on a wave of left-wing support and the fact that people could become Labour supporters for as little as US$4. Although he lost a vote of no confidence among his MPs — by 172 to 40 — he won a second leadership challenge in 2016.

Having confounded the polls and turned what was looking to be a terrible defeat into something of a victory, Corbyn could — theoretically — become prime minister and possibly form an association with the Scottish Nationalist Party — who have said they are willing — and gain a majority.

If he were to climb into bed with the Scottish Nationalists — who want independence from the UK and who backed remaining in the EU — it would put him is a very difficult position when he faces his Brexit negotiating partners in Brussels.

​With stalemate in parliament, it is difficult to see how the first round of Brexit talks — due in the week beginning June 19 — can go ahead with any credibility. If Theresa May — as she has said — has no intention of resigning, she will be seen as a 'lame duck' by the other EU member states.

Worse still, the other way out is for another election in the autumn, which in itself would delay the Brexit talks further.