UK Conservatives in Talks With DUP Over Coalition Arrangement 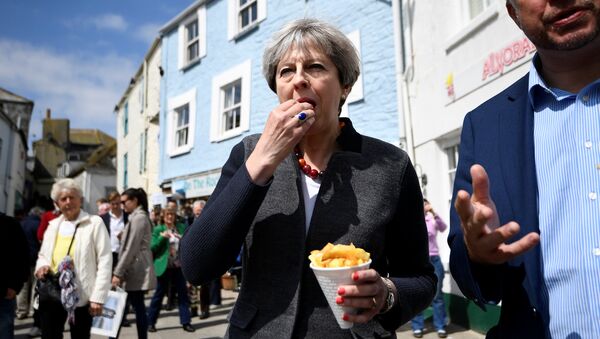 © REUTERS / Dylan Martinez
Subscribe
The UK Conservative Party headed by incumbent Prime Minister Theresa May is in talks with Northern Ireland’s Democratic Unionist Party (DUP) over forming a parliamentary coalition in order to keep the majority of the ruling party, UK media reported, citing its source.

UK General Election Results to Impact Spirit of Brexit Talks - EU Commissioner
LONDON (Sputnik) — DUP leader Arlene Foster has previously refused to give premature promises, noting that she has always found it quite difficult to work with Labour leader Jeremy Corbyn. Foster was also hopeful that authorities in Northern Ireland would receive additional powers and said that a "hard" Brexit, which means the loss of access to the single EU market, does not merit anyone's interests.

"We would consider a supply and confidence arrangement to make sure Theresa May has sufficient support to keep her in government," the source was quoted as saying by the Sky News broadcaster.

According to the source, DUP will support the Conservative Party in key issues without formal establishment of a coalition, should such an agreement be reached.