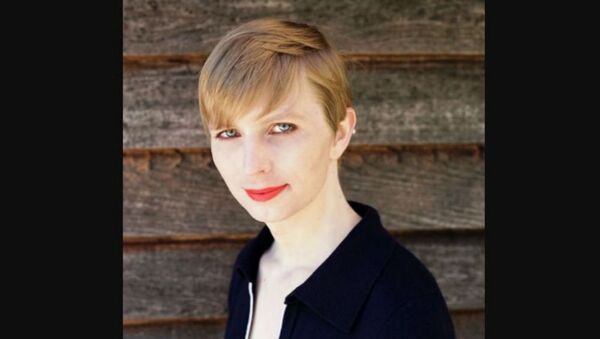 © Twitter/@xychelsea
Subscribe
International
India
Africa
Recently released whistleblower Chelsea Manning said Friday that if given a chance she would thank former US President Barack Obama for commuting her 35-year sentence before he left office.

In her first interview since being released from prison last month, Manning told ABC anchor Juju Chang "I've been given a chance…That's all I asked for was a chance. That's it, and now this is my chance."

The former US Army soldier spent seven years behind bars for leaking more than 700,000 classified documents to Wikileaks, including profiles of Guantanamo Bay detainees, evidence of civilian deaths in Afghanistan and Iraq and low-level battlefield reports in Iraq and Afghanistan.

Manning was arrested in May 2010 outside of a military base in Iraq, and a military tribunal convicted her under the Espionage and Computer Fraud and Abuse Acts, handing down the longest sentence on record for whistleblowing.

She attempted suicide twice and fought for gender affirmation treatment while incarcerated after coming out as transgender, telling Chang, "Anything I've done, it's me. There's no one else…No one told me to do this. Nobody directed me to do this. This is me. It's on me."

After the ACLU filed a lawsuit on her behalf Manning was able to receive hormone treatment for her gender dysmorphia saying it "keeps me from feeling like I'm in the wrong body…I used to get these horrible feeling like I just wanted to rip my body apart and I don't want to have to go through that experience again. It's really, really awful."

She is the first military prisoner to receive such treatment.

In late January current US President Donald Trump called Manning an "Ungrateful traitor" who "should never have been released from prison."