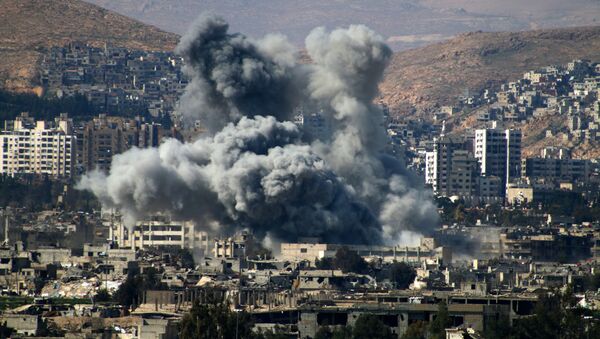 MOSCOW (Sputnik) – Operation Inherent Resolve spokesman Ryan Dillon said in a briefing that the US-led coalition carried out an airstrike against the pro-government forces within a deconfliction zone near the town of At Tanf.

"From my point of view, the US-led western coalition is pursuing several goals: destroying the fragile reconciliation process between the Syrian government and the free Syrian opposition that has no links to terrorists … as well as reducing the combat capability of Syrian government troops," Krasov said on Thursday.

The Thursday airstrike was the third one since the latest round of Syria peace talks in Kazakhstan's Astana in early May. The attacks were described by the Syrian government and the Russian Foreign Ministry as violations of international laws.