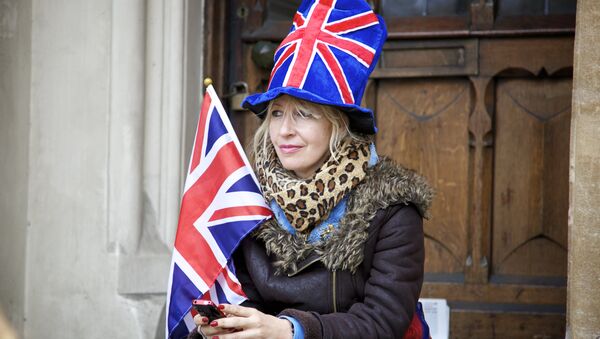 UK Prime Minister May Votes at Snap General Elections
VLADIVOSTOK (Sputnik) — Moscow does not have any positive or negative expectations from the results of the ongoing snap general election in the United Kingdom as it is an issue of London’s domestic policy, Russian Foreign Ministry’s spokeswoman Maria Zakharova said Thursday.

“This is UK internal issue, that is why we cannot have any expectations, either negative or positive. We proceed from the fact that this is an important milestone in the domestic political life of the country,” Zakharova said at the press briefing.

Voters need to determine the composition of Westminster after UK Prime Minister Theresa May unexpectedly announced snap election in April, intending to have a united parliament by the time of Brexit implementation in 2019 instead of facing new polls.

UK Conservatives Hold 13% Lead Over Labour Ahead of June Parliamentary Elections
Despite the Conservatives' high popularity at the time of the announcement, the prospects of the ruling party's victory narrowed as the voting day approached, according to the polls. Recent terror attacks across the country fueled criticism over the Conservatives' security policy and specifically over the police cuts that May oversaw at the time when she was a Home Secretary. Ratings of the opposition's Labour party, on the contrary, have been gradually rising.