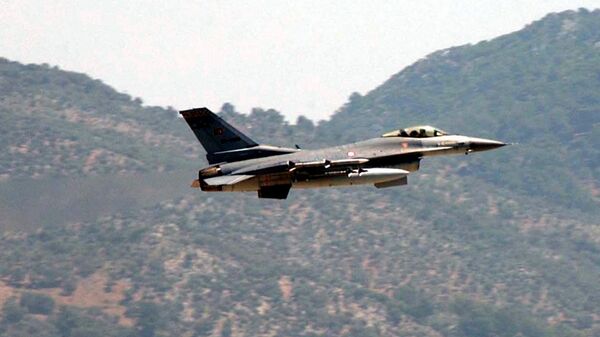 Turkish Prosecution Orders Arrest of Pilot of Crashed Syrian MiG-21 Fighter Jet
ANKARA (Sputnik) — The minister reportedly stressed that a total of $35 billion was allocated for the defense industry project.

"We are working out our own jet fighter and will do the utmost to install the Turkish-made engine. It would not be easy, but there is nothing impossible working in a team," Isik said, as quoted by the Anadolu news agency.

The TFX project is a fifth-generation jet fighter model being developed by the Turkish Aerospace Industries (TAI) in collaboration with BAE Systems of the United Kingdom. The first three models were presented in 2013 at the International Defence Industry Fair (IDEF) in Istanbul. The project is aimed at replacing US-produced F-16 fighter jets and be used jointly with the F-35 fighters.