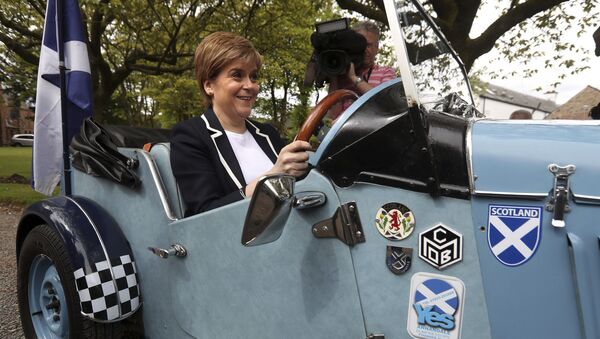 Pro-independence Scottish National Party (SNP) is forecast to lose 22 seats in the House of Commons to stand at 34, a early exit poll has shown.

MOSCOW (Sputnik) — The poll by Ipsos MORI/GfK for Sky News, BBC and ITV News showed early on Friday that the far-right UKIP was on its way out of the Commons, with Liberal Democrats projected to add six seats to stand at 14.