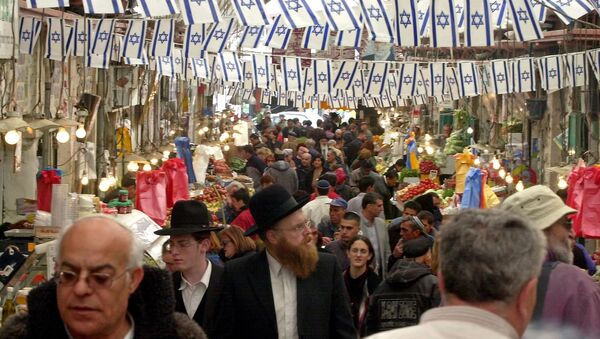 Jordanian restaurants in the city of Aqaba have reportedly been denying service to vacationing Israelis due to their country of origin.

According to Israeli network Channel 2, Jordanians have been refusing service to Jewish customers as part of a general antipathy towards Israelis. One such traveler posted on Facebook that she and a friend were forced from an Aqaba restaurant after the owner said that he was "not ready to serve Israelis."

On Yelp and travel sites, top restaurants in Aqaba had negative reviews penned by Israelis who claimed they were denied service and discriminated against.

A petition has been filed with the Israeli Embassy in Amman, which has promised to "investigate the claims that we have received and seek a clarification as to why Israeli citizens were refused service. We will [also] turn to the Jordanian tourist authorities and relay the complaints to them."

Aqaba is Jordan's only coastal city, and in recent years it has become a center for tourism. Jordan signed a peace treaty with Israel in 1994, and since then Aqaba has become an affordable sightseeing destination for Israelis due to the shared border and comparatively low prices.

While the two nations have been reasonably friendly since then, engaging in multi-faceted security and economic cooperation, relationships have begun to sour in recent months. In May 2017, a Jordanian national was filmed attacking an Israeli police officer with a knife before the officer drew his gun and shot the assailant dead.

The incident occurred in East Jerusalem, which Israel controls in the face of international condemnation. "The Israeli government, which is the occupying force, bears responsibility for the shooting of a Jordanian citizen in occupied East Jerusalem which led to his martyrdom," Jordanian government spokesman Mohammad Momani said in a statement after the incident.

"It is outrageous to hear the Jordanian government's speaker support the terror attack which occurred today in Jerusalem's Old City," replied Israeli Prime Minister Benjamin Netanyahu in a statement after the May incident. "It's time Jordan stopped playing both sides of the game. Just like Israel condemns terror attacks in Jordan, Jordan must condemn terror attacks in Israel. Terror is terror."

Israeli analysts have claimed that anti-Israeli demonstrations are common in Jordan, but don't reflect the stance of the government. "Because the population is conservative and very much Islamic, the regime lets the public … express anti-Israeli sentiments as a way to vent and reduce … pressure on the regime," said Professor Eyal Zassir with Tel Aviv University Contemporary Middle Eastern History to the Jewish Journal.

Zassir added that a similar situation has played out in Egypt, with which Israel also has a peace treaty. Although most of the population of these Muslim countries is anti-Israel, the security and economic benefits of a partnership outweigh the disdain.

Much the same is true of the Israeli perception of Jordan. "Jordan protects Israel from the east," Zisser said. "It's better to have the Jordanians as our neighbors than to have [Daesh], the Iranians, the Syrians, or the Iraqis. So security is above all, and as long as the Jordanians keep the border quiet and cooperate with Israel," Jordanian rancor is something that Israelis will live with.