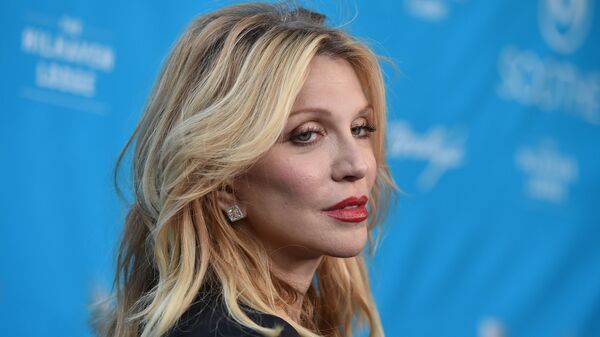 Progressive movement Women's March has hit the headlines again, and the news is far from favorable. US singer and actress Courtney Love has called the group's main activist Linda Sarsour "anti-American" on Twitter.

Love says that Sarsour is supporting a woman who has falsely claimed she was attacked. Rahma Warsame, a Somali woman, said that she was attacked in a hate crime; however sources have said that the attack had nothing to do with hate.

This has led the actress Courtney Love to tweet:

You're a vile disgrace to women and all mankind @lsarsour

Love continued her Twitter conversation directed at Sarsour by calling her "a fraud."

Well that's a shame, count me out of anything else related to her. Shes a fraud

Women's March organized a worldwide protest that took place on January 21, 2017, to advocate legislation and policies regarding human rights and other issues, including women's rights. The march was conducted in directed opposition to the election of Donald Trump. 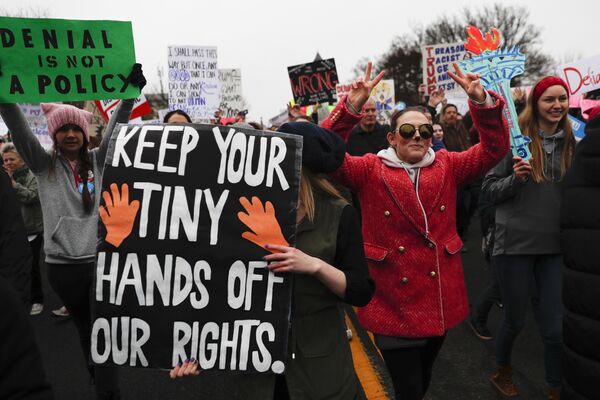 Protesters head towards the White House for the Women's March on Washington during the first full day of Donald Trump's presidency, Saturday, Jan. 21, 2017 in Washington.
© AP Photo / John Minchillo

On January 21, the organization drew over 500,000 to the streets of Washington alone, and it's likely few, if any of the assembled, knew that over 50 of the groups involved in forming the march had received funding from billionaire activist George Soros.

Is There Anything He Doesn't Fund? Soros Closely Connected to DC Women's March
Soros' Open Society Foundations released a statement in response to the allegations, denying any involvement or funding protests in response to the election of Trump.

The statement however failed to respond to the core allegations.

This latest Twitter row between Courtney Love and Women's March activist Sarsour will only serve to heighten the pressure the group is currently facing.

.@courtney trying to make a name for herself amongst Trump supporters I guess. Denying a woman justice who was brutally beaten.

Sarsour is a prominent Palestinian activist and has previously allegedly praised Sharia law and Saudi Arabia.