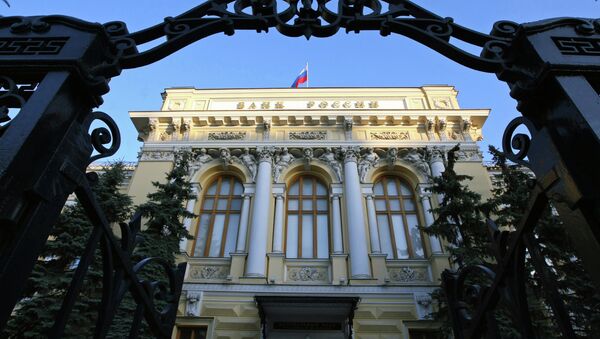 Shadow Brokers Release More NSA Windows Hacking Tools
MOSCOW (Sputnik) — The Russian Central Bank does not consider the Shadow Brokers hacker group as a threat to Russian banks but continues to look out for any vulnerabilities exposed by the group, Artem Sychev, the bank's Chief Directorate of Information Security and Protection deputy head told Sputnik on Wednesday.

"We are looking closely into the vulnerabilities that Shadow Brokers throw up from time to time. But I would not yet speak of some big threat to Russian banks because of it," Sychev said.

The security official expressed certainty that SWIFT is undoubtedly concerned about the security of its members and said it has an entire program designed for this.

Shadow Brokers Claim to Have Hacked NSA-Linked Equation Group
Russia is acquainted with the program and is monitoring its implementation, Sychev added.

In April, media reported that the Shadow Brokers planned to release data from SWIFT-using banks, as well as from the nuclear programs of Russia, China, Iran and North Korea.

The Shadow Brokers hacker group first appeared in the summer of 2016 and has since then published several leaks of information connected to the US National Security Agency (NSA). It also claimed to have hacked the Equation Group, an elite cyberattack group associated with the NSA and allegedly involved in the creation of the Stuxnet worm that attacked the Iranian nuclear program in 2010.