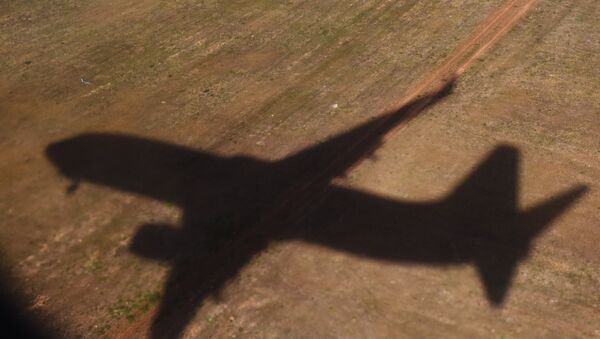 © Sputnik / Natalia Seliverstova
/
Go to the photo bank
Subscribe
Debris of a military plane disappeared from radars in Myanmar early in the day found in the Andaman sea, AFP reports citing local official.

"Now they have found pieces of the damaged plane in the sea 136 miles (218 km) away from Dawei city," AFP citing Naing Lin Zaw, a tourism official in Myeik city, as saying.

The plane was carrying over 100 people on board.

#Myanmar #Military identified the spot (circled in black) where contact was lost with military plane carrying 104 people onboard pic.twitter.com/GUv1FbqU4I

Military Plane With Over 100 People Aboard Disappears in Myanmar
​Myanmar’s officials said they found debris of the jet soon after the launch of the search and rescue operation that involved six ships and three planes, the Airlive media outlet reported.

Airlive numbers said the plane carried 106 passengers, including military personnel and family members, as well as 14 crew members. Other media reported that the number of people on board was 105.

Earlier in the day it was reported that a military plane with more than 100 people on board went missing in Myanmar.

"Communication was lost suddenly at about 1:35 pm [07:05 GMT] when it reached about 20 miles west of Dawei town," the commander-in-chief's office said in a statement, adding search and rescue was ongoing.

The Chinese-made Y-8 transport plane left the coastal town of Myeik at 1:06 pm local time (06:36 GMT) heading north to the Myanmar's city of Yangon. The contact with plane was lost when it was flying over the Andaman sea.