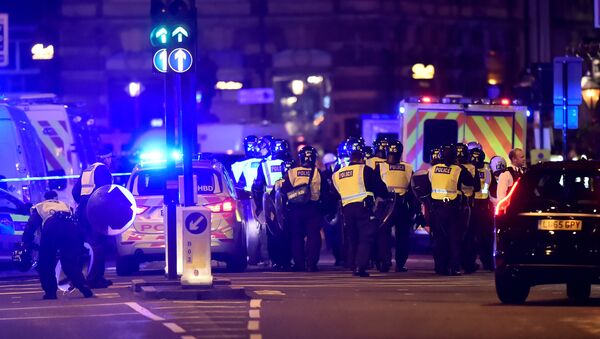 French Foreign Minister Jean-Yves Le Drian stated that a Frenchman missing since the Saturday terrorist attack on London Bridge was found among dead.

PARIS(Sputnik) — A French national missing since the Saturday terrorist attack on London Bridge has been found among the dead, the French Foreign Ministry said Wednesday.

"It is with sadness that I learned that a Frenchman, previously unaccounted for, was found among the dead," Minister Jean-Yves Le Drian was quoted as saying on the ministry website.