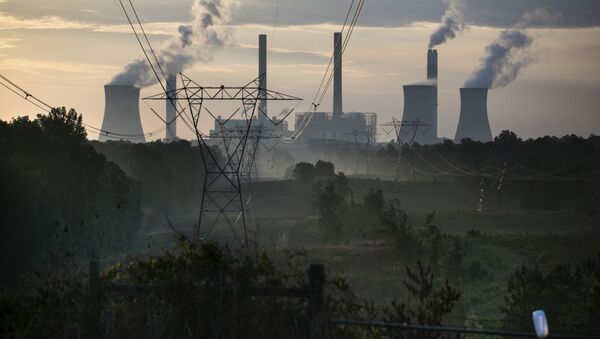 Pyongyang on Tuesday pointed to Donald Trump’s intention to pull the US out of the Paris climate accord, referring to his decision as “short-sighted and silly” and accusing the US president of “recklessness.”

North Korean state-run media outlet KCNA released a statement Tuesday strongly criticizing Trump for his decision to pull the US out of the Paris Agreement, a 2015 global climate change mitigation agreement signed by the People's Democratic Republic of Korea (DPRK) and 194 other nations, including the United States.

KCNA stated that the DPRK strongly supports the Paris Agreement, and referred to Trump and his advisors as displaying "the height of egoism and moral vacuum seeking only their own well-being, even at the cost of the entire planet," for abandoning the deal.

"The selfish act of the US does not only have grave consequences for the international efforts to protect the environment, but poses great danger to other areas as well," according to KCNA, cited by Newsweek.

Pyongyang, after signing the Paris Agreement, stated that the nation would declare a "war on deforestation," and asserted that the country was committed to renewable resources. DPRK Foreign Minister Ri Su-yong, in a 2015 speech, declared that that country would attempt to reduce its carbon emissions by 37 percent, according to Newser.

While the DPRK's ongoing program of ballistic missile and nuclear weapons testing is widely condemned, Pyongyang has sought to hit back in the court of global opinion by calling Trump's move a "typical example" of Washington's "unreasonable and reckless" behavior.

North Korea is also a signatory to the 1992 United Nations Framework Convention on Climate Change, joining 196 nations in seeking to mitigate global warming brought about by human-induced climate change.

The move by Trump and his advisors to withdraw the US from the unprecedented global climate agreement has resulted in worldwide condemnation of the president and his policies.

The UN, ordinarily bipartisan to the point of spinelessness, referred to the announcement as a "major disappointment," while Belgium's prime minister referred to the move as a "brutal act."

India, set to receive significant economic gains from the agreement, expressed strong displeasure, while a former Irish president remarked that the US was now a "rogue state," according to the New York Times.

Kai Sauer, Finland's ambassador to the US, said the move by Trump and his advisors "changes how we are looking at the United States."

Perhaps the most memorable response to Trump's move came from newly elected French president Emmanuel Macron, who offered refuge in France to disenfranchised US climate scientists, stating, "there is no plan B. There is no planet B."