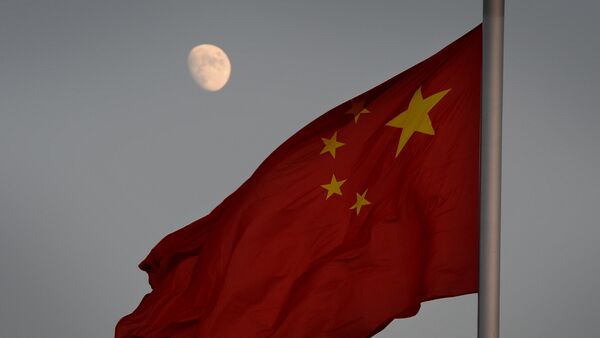 © AFP 2021 / MARK RALSTON
Subscribe
China on Tuesday said it is in touch with Russia over India's application for membership of the Nuclear Suppliers Group even as its position on India's bid remained unchanged. Experts in India said a change in China's stance is unlikely until India relents on Pakistan's membership in the group.

New Delhi (Sputnik) — China on Monday said India's bid for NSG membership had become more "complicated". The same day, India's External Affairs Minister Sushma Swaraj said New Delhi will reach out to Beijing's friendly nations, including Russia, to convince it on the issue. "Russia feels that India should be part of NSG and since it has good relations with Beijing it can always use its good offices to talk on the issue," she said.

"China and other members, including Russia, have maintained close communication and we have also maintained that we should act in accordance with the principles of NSG," PTI quoted Chinese Foreign Ministry spokesperson Hua Chunying as saying.

Hua, however, said that Beijing will not change its position on New Delhi's bid for NSG membership during the upcoming plenary meet in Berne later this month. China will again oppose India's entry and stress on its "two-step" method, Hua said.

Experts are not too optimistic with any major change in stance in China unless a deal includes Pakistan's bid as well.

"China won't relent in this month's plenary at Berne as it only last week reiterated ‘two-step' strategy. We don't have a backer in the White House. Ultimately, we may have to relent on Pakistan's membership while ensuring that it is not treated the same as India. Indian foreign policy is being made more assertive but whether we can carry it will decide if this was a wise decision. China would like to bracket us with Pakistan but that's no longer possible or easy," Swaran Singh, noted Chinese expert and Professor of International Relations at New Delhi-based Jawaharlal Nehru University, told Sputnik.

China opposes India's entry into the NSG, citing its non-signatory status to the nuclear Non-Proliferation Treaty.

India opposes the NPT and calls it discriminatory in nature. The US, Switzerland, Mexico, Italy, Russia and Britain have backed New Delhi's NSG membership bid.