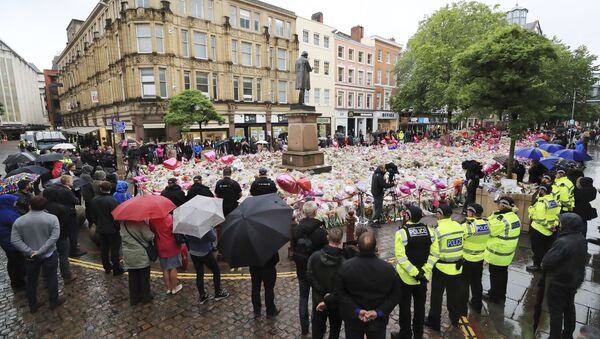 Hundreds of Islamic clerics in the UK have refused to perform Muslim religious burial rituals for the three men who carried out deadly terror attacks in London on Friday night.

More than 200 UK imams and Muslim religious leaders signed a statement expressing their refusal to consecrate the bodies of the three dead Islamic terrorists who attacked bystanders in London late Friday, according to a report by The Guardian.

The three men, who were shot dead by London police after they had killed seven and injured at least 43, have been labeled "criminals" by the Muslim Council of Britain, in a statement released Monday.

Referring to the killings as "cold-blooded murders," the statement outlined the position of Islamic religious leaders regarding Muslims who are considering acts of terror as a means to gain access to a religious heaven.

"In light of other such ethical principles which are quintessential to Islam, we will not perform the traditional Islamic funeral prayer over the perpetrators and we also urge fellow imams and religious authorities to withdraw such a privilege. This is because such indefensible actions are completely at odds with the lofty teachings of Islam," according to the statement, cited by Ibtimes.com.

"These people don't deserve our prayers," stated the unprecedented document, whose signatories include imams, clerics, teachers, chaplains and many other influential religious figures in the Islamic community of the UK.

UK-based Islamic teacher Rehanah Sadiq, in observing that many who consider themselves jihadists think that their atrocities will guarantee them entrance to heaven, stated, "We want to make it clear this is not the case. If these people know that imams and teachers are not going to pray or ask forgiveness for them, they might question what they are about to do."

Yunus Dudhwala, head chaplain at St Bartholomew's hospital in central London, agreed, stating that "these killers have nothing to do with Islam."

According to a statement from Qari Asim, an imam at the Makkah mosque in Leeds, the killers are "not martyrs but criminals. These so-called jihadists are not fighting a holy war."

"Jihad is a religious term misused by terrorists and misunderstood by the wider public. Terrorists are using the term to destroy our values in society," he added.