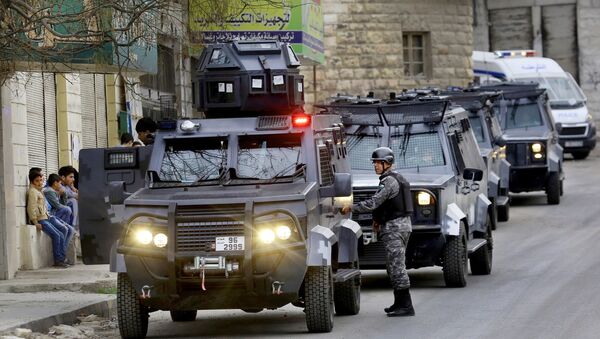 The US Embassy recommends that US citizens avoid travel to Al-Sarih, Irbid Governorate in Jordan, according to official statement.

WASHINGTON (Sputnik) — The United States is urging its citizens to refrain from traveling to Jordan’s Al-Sharih in the Irbid governorate located near border with Syria, the US embassy in Jordan said in a release on Tuesday.

"The US Embassy recommends that US citizens avoid travel to Al-Sarih, Irbid Governorate," the release stated.

World
US Citizens in Jordan Advised to Avoid Red Cross Headquarters Protest - Embassy
The release explained that since May 8 there have been 11 documented violent incidents in the area.

"Due to the increase in violence, the US Embassy has temporarily restricted travel for US government personnel to the Al-Sarih area," it noted.

The embassy called on US citizens to monitor the news and stay alert.