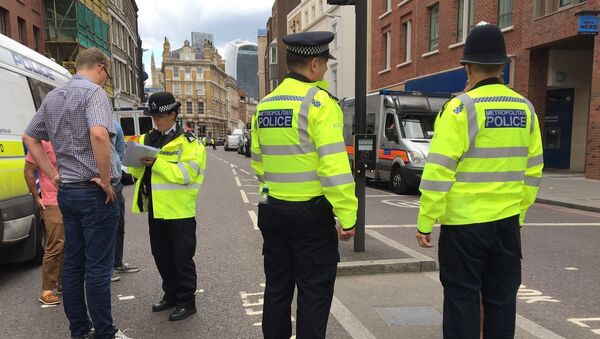 UK Prime Minister Theresa May is coming under increased pressure ahead of the general election, June 8, amid growing criticism of her oversight of police force cutbacks when she was interior minister, in the wake of the London attacks, with reports that morale among the police and security services is "pretty damn low," Sputnik has been told.

May has come in for severe criticism of cutback in the police service in Britain, during her tenure as home secretary 2010-2016. More than 20,000 officers have been cut from UK police forces, which many say has reduced the effectiveness of law enforcement in the fight against terrorism.

"In terms of the cuts that were made, the chickens have come home to roost for her. All things considering, the police service have done a phenomenal job, certainly, in their response to the attack on London Bridge and Borough Market," UK security expert Will Geddes, founder of ICP Group, told Sputnik.

"But, having said that, it is not without our resources being stretched to the ultimate limit. There is an issue in terms of where we go from here — and certainly in the wake of the general election [due June 8]. Theresa May is questionable about her capabilities as prime minister."

Seven people died when three attackers drove a van across London Bridge, plowing into pedestrians, before running through the nearby Borough Market, stabbing people at random, injuring dozens more. 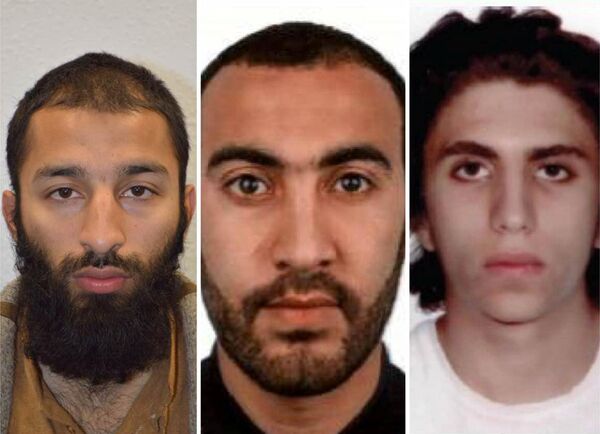 Italian national Youssef Zaghba, 22, identified by Italian and British law enforcement bodies as the third man shot dead by police officers during the attack on London Bridge and Borough Market is seen on right with the other two men named, Khuram Shazad Butt on left and Rachid Redouane, in an undated image handed out by the Metropolitan Police, June 6, 2017,
© REUTERS / Metropolitan Police

There was criticism of the security services when it became known that one of the attackers, Khuram Shazad Butt, was on their radar.

He came to the attention of the police and MI5 in the summer of 2015 and an investigation was opened into his behavior after concerns reached counterterrorism officers.

Despite one call to the anti-terrorism hotline, and another complaint to police, Butt was not considered a terrorist threat. Theresa May is now facing criticism for the police cuts that have led to a drop in neighborhood policing — a vital tool for gathering information within the community.

.@Theresa_May, five years ago police officers told you 'Enough is 'Enough'. You've stolen their slogan and thrown it back in their faces. pic.twitter.com/Rbz1wGiLBO

​"What politician does have credibility now? Certainly, colleagues of mine who I have spoken to within the authorities say morale is pretty damn low as it is without the regrettable situation with a successful terrorist attack, after which there has been criticism [of the police and security services] for not intercepting [the terrorists before]. The whole thing is a complete mess, if I'm absolutely honest," Geddes told Sputnik.

In emerged, following the Manchester attack, May 22, that the suicide bomber, Salman Ramadan Abedi, who killed 22 and injured more than 100, was known to British security services and police but was not regarded as a high risk.

When Londoners face adversity we always pull together. We stand up for our values and our way of life. We stand together. pic.twitter.com/ZDTIgvqV5S

​London Mayor Sadiq Khan has warned that London is set to lose as many as 12,800 police officers under current spending plans, drawn up under Theresa May's watch. The Metropolitan Police has had to slash US$774 from its budget since 2010 and is set to lose a further US$516.