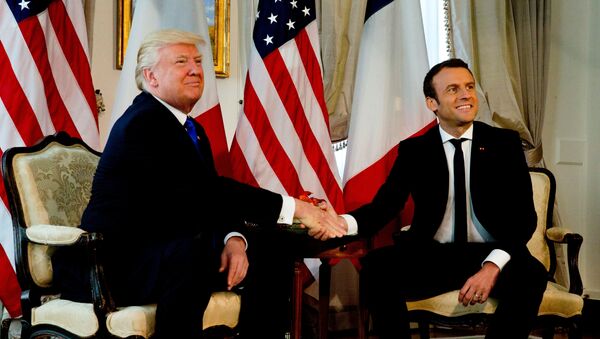 “Now China leads,” French President Emmanuel Macron warned when US President Donald Trump couldn’t be convinced to stick with the Paris Climate Accord.

According to minutes leaked to Der Spiegel from the summit between G7 powers in Italy, every world leader present urged Trump not to back out of the historic Paris Climate Accord.

“If the world’s largest economic power were to pull out,” German Chancellor Angela Merkel warned, “the field would be left to the Chinese.”

Macron tried to persuade his US counterpart that “climate change is real and it affects the poorest countries,” but his argument fell on deaf ears.

Canadian Prime Minister Justin Trudeau took the capitalist route. According to Der Spiegel, Trudeau contended that it’s quite possible to convince private firms to cut carbon emissions and successfully repair the ozone at the same time.

Finally, Merkel argued that Chinese President Xi Jinping is an insightful leader, and if Trump’s America pulls out, Beijing would be happy to slot in, she warned. The oil-rich monarchy of Saudi Arabia is even exploring a world without oil, Merkel added, and there’s a lot of economic benefit from conserving energy.

In other words, one could be unconvinced by climate change and still think the Paris Climate Accord was a good idea.

But the 45th US president ended up withdrawing. Trump wouldn’t budge from his position that the deal would leave more Americans unemployed. He even said he was making a tough choice.

“For me, it’s easier to stay in than step out,” the president asserted.

Goldman Sachs CEO Lloyd Blankfein was even moved to tweet for the very first time.